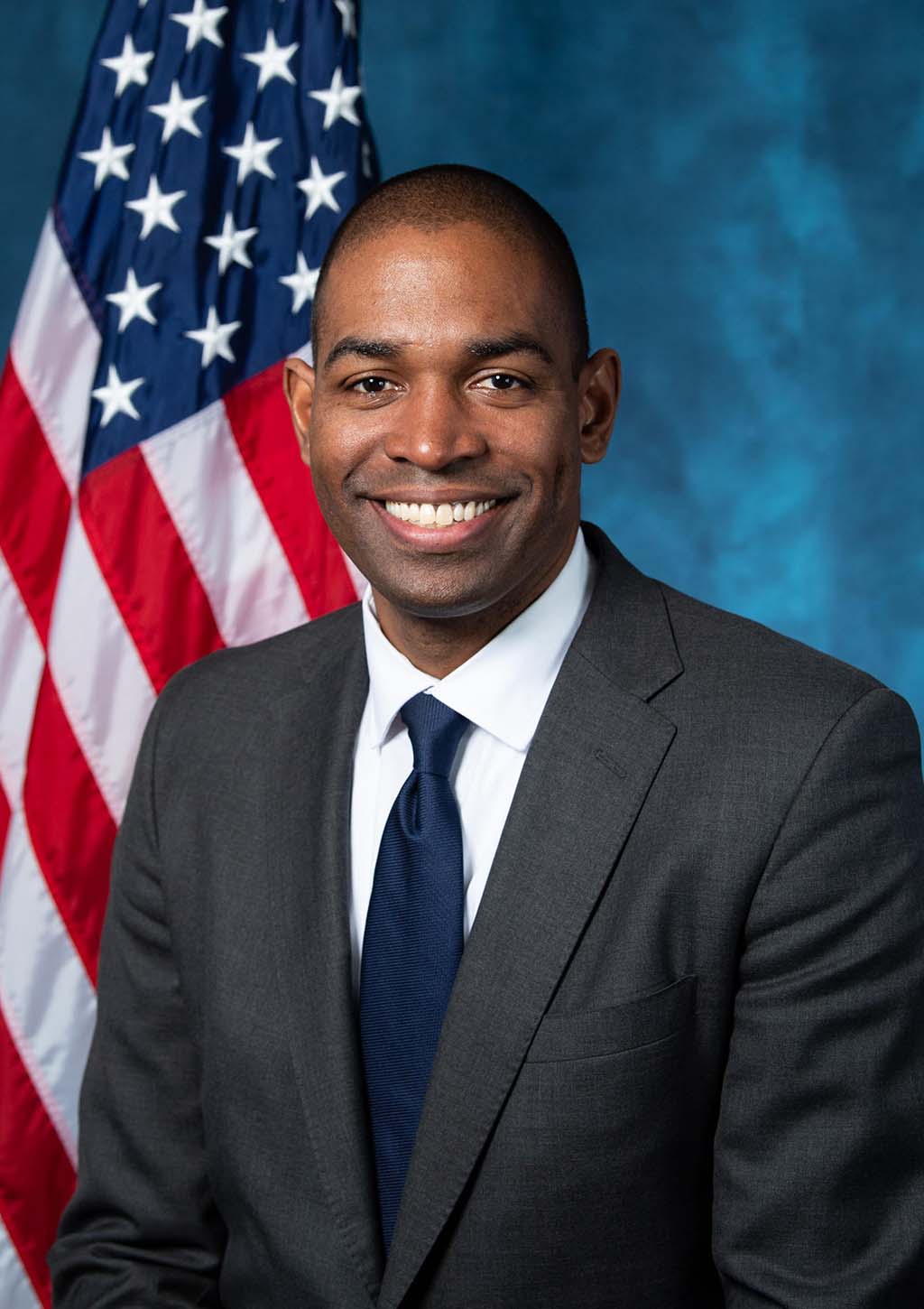 Antonio Ramon Delgado is an attorney, business owner, former entertainer and the first person of African American or Hispanic descent to be elected to Congress from upstate New York. On January 3, 2019, he was sworn into the 116th United States Congress. A Democrat, he represents New York’s 19th congressional district, which includes most of the southern and eastern suburbs around Albany and a section of the lower Hudson Valley.

Of African American and Puerto Rican ancestry, Delgado was born in Schenectady, New York on January 28, 1977 to Tony Delgado and Thelma P. Hill. Delgado’s parents, long-time General Electric employees, provided a middle-class upbringing. He attended Notre Dame-Bishop Gibbons High School, which he used as a springboard to Colgate University in 1995 and a Bachelor’s Degree in Philosophy and Political Science, and where he also played basketball in the 1996 NCAA Division I Tournament. He graduated in 1999 and received a Rhodes Scholarship to study at Queen’s College. Oxford University in England from 1999 to 2001. Delgado completed a master’s degree in 2001 in Philosophy, Politics and Economics.

After graduating from Harvard Law School in 2005, Delgado headed to Los Angeles to fulfill a dream of a career in Hip-Hop. Launching his own record label, Statik Music in 2007, he released one socially and politically charged album, Painfully Free, under the pen name “AD the Voice.” Five years later, he returned to the law, working as a litigator at the law firm Akin Gump Strauss Hauer & Feld LLP.

Although he devoted substantial hours to pro bono work focused on criminal justice reform, Delgado decided to run for office in 2018. Endorsed by President Barack Obama, he defeated six other candidates in the Democratic Party’s primary, going onto face incumbent Republican John Faso in the November 6 general election. He defeated Faso by 7,593 votes after a contentious, hotly contested race and began his current tenure in Congress at the beginning of what would turn out to be a historic government shutdown over border wall security.

Determined to help his constituency, Delgado entered congress with a mandate to work across the aisle and has joined forces with Republicans on a bipartisan task force on Heroin and Opioids, in a Freshman Working Group on Addiction, and on a Rural Broadband Caucus.

Delgado is married to documentary filmmaker Lacey Schwartz and lives in Rhinebeck, New York. They have twin boys, Maxwell and Coltrane.