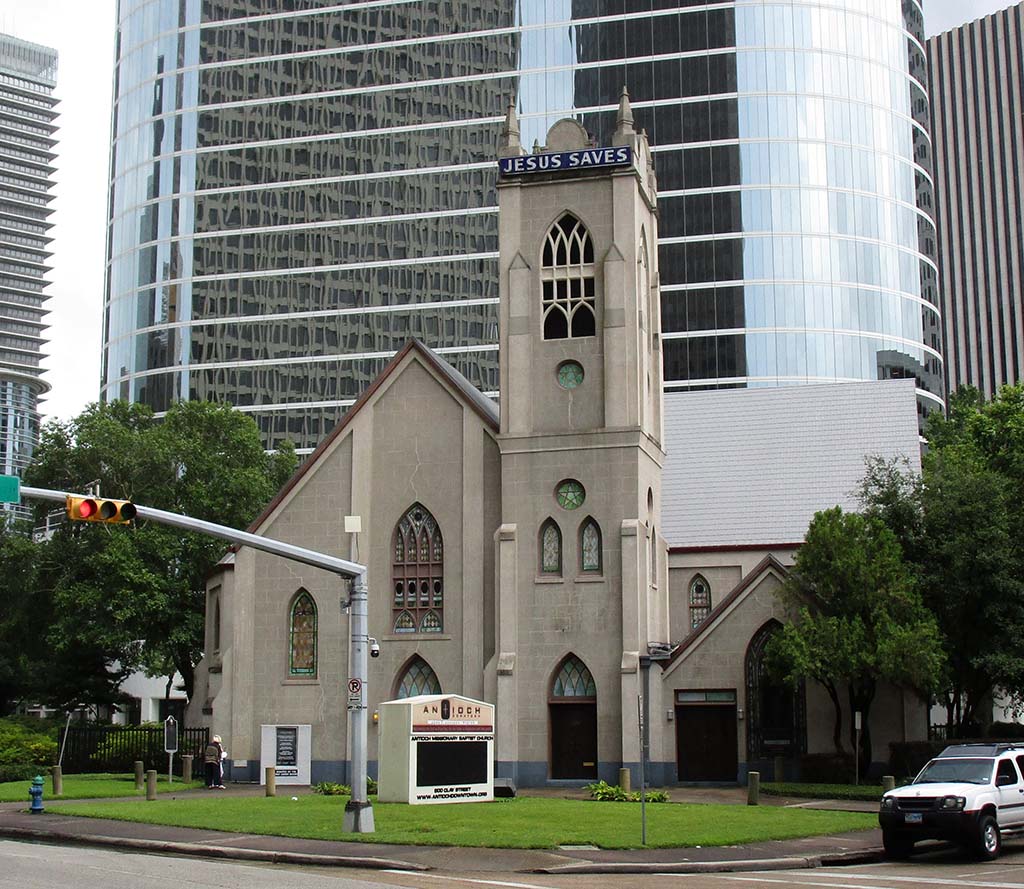 Antioch Missionary Baptist Church, the first African American Baptist Church in Houston, Texas, was organized in January 1866 by former slaves.  These individuals were assisted by white missionaries from the First Baptist Church and the German Baptist Church.  Antioch’s members worshiped at the two churches until they decided to hold services on Buffalo Bayou in what was called “Brush Arbor.”  Shortly thereafter, the congregation moved to “Baptist Hill,” located at Rusk and Bagby streets.  In 1868, John Henry (Jack) Yates, one of Antioch’s members, was ordained as a minister and became the church’s first pastor.  Responding to the growth of the membership in 1875, Yates led his congregation in constructing a new edifice.  A red brick church was designed by African American Richard Allen, a former member of the Texas Legislature, and became the first house of worship owned by African Americans in Houston.

The church, located in Freedman’s Town, was the center of activity for the African American community in the 19th and 20th centuries.  Antioch provided former slaves with opportunities to learn about God while assisting them in developing economically, educationally and socially.  Under Jack Yates’s leadership (1868–1900) members were assisted in buying property, owning homes and starting businesses.  Antioch, in conjunction with Trinity Methodist Church, purchased Emancipation Park in 1872 to provide a place for recreational activities and community celebrations.  The Baptist Academy, sponsored by Antioch, taught reading, writing and arithmetic as well as vocational trades.  The Academy later became the Houston College for Negroes, one of the antecedents of Texas Southern University.

Throughout the 20th century, Antioch remained the center of social and political activities of the black community.   It was the hub of the campaign by black Houstonians to challenge the all-white Democratic primary via Smith v. Allwright.  It served a similar role in the local civil rights movement in the last half of the 20th century.   Today Antioch sits in the midst of downtown Houston skyscrapers.  Although overshadowed by tall buildings, its presence is a testimony to black legacy, heritage and preservation.