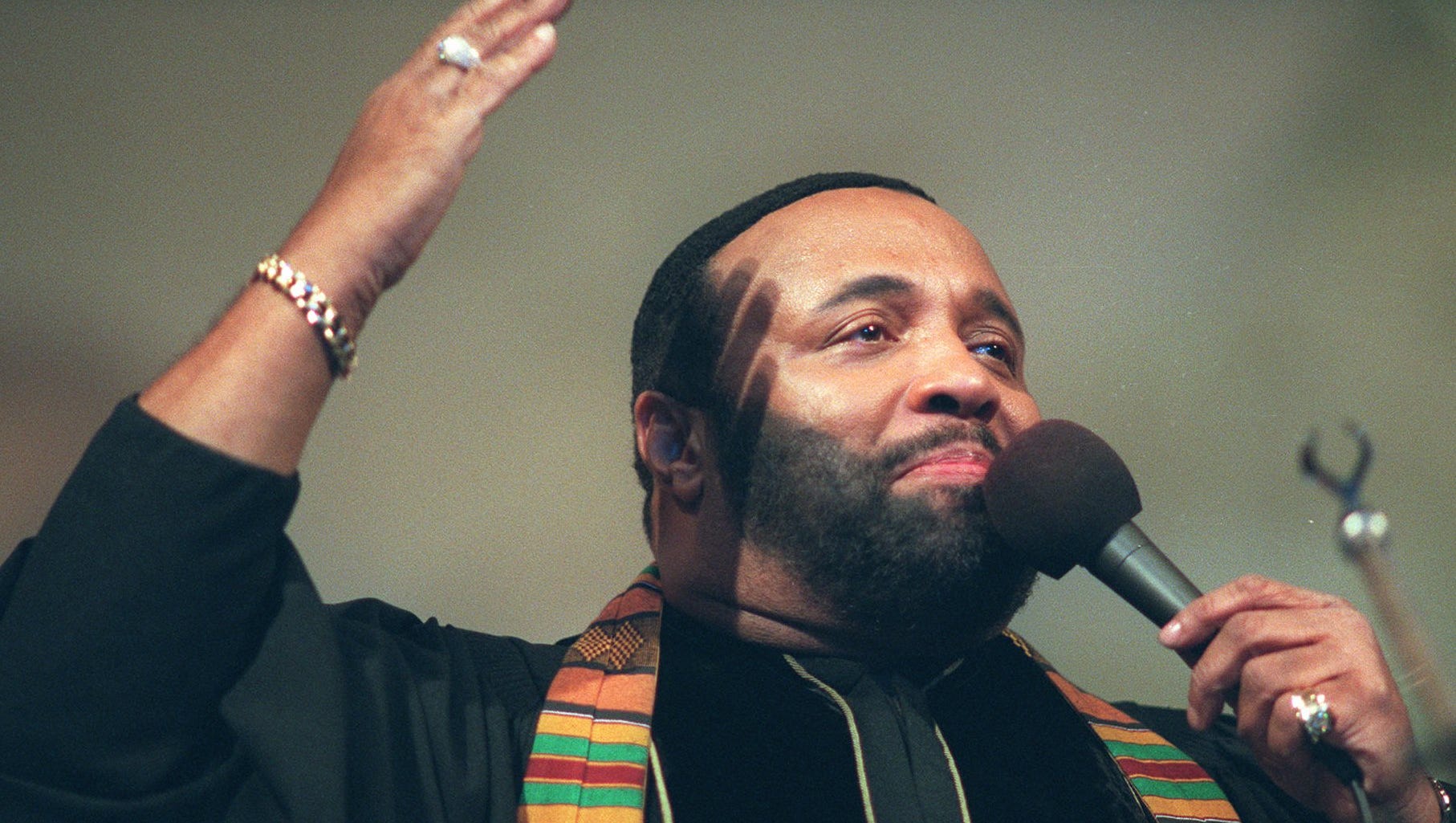 Composer, conductor, lyricist, singer Andraé Edward Crouch was born on July 1, 1942, along with a twin sister, Sandra, in Compton, Los Angeles, California, to parents Benjamin, a minister, and Catherine Hodnett Crouch, manager of dry-cleaning operations. His older brother was Benjamin Crouch. They were reared in San Fernando Valley, California.

In 1964 at the age of 22, Crouch became the pastor of Christ Memorial Church of God in Christ in Pacoima following his father’s death. The senior Crouch had previously led the congregation. At the time Crouch was also studying at Valley Junior College (VJC) in the San Fernando Valley and while there, in 1965, he formed the ensemble, Andraé Crouch & the Disciples. The following year in 1966, he left VJC and began taking classes at Life Bible College in Los Angeles.

Over the next five decades Crouch emerged as one of the most popular gospel artists in the United States writing, arranging and recording over 700 singles and more than 45 albums. His most successful album Keep on Singing released in 1972.

In 1980 Crouch received the NAACP Image Award for Outstanding Gospel Artist. In addition, he has won eight Grammy Awards and was nominated for 20. It includes winning in 1980 for “Best Soul Gospel Performance, Contemporary” for the album Don’t Give Up at the 23rd Annual Grammy Awards; and Crouch’s “Always Remember” for “Best Soul Gospel Performance, Male” at the 26th Annual Grammy Awards in 1983. In addition, his album Mercy won for the “Best Pop/Contemporary Gospel Album at the 27th Annual Grammy Awards in 1984. In 1985, Crouch was nominated for music compositions featured in the film, The Color Purple. They were “Maybe God is Tryin’ to Tell You Somethin’” and “Heaven Belongs to You.”

In 1997, Crouch received an Honorary Doctor of Music from Berklee College of Music in Boston, Massachusetts. The following year, 1998, he was inducted into the Gospel Music Association’s Gospel Music Hall of Fame. And in 2004, he was awarded a star on the Hollywood Walk of Fame. In 2011, Crouch and his twin were awarded an honorary “Artist-in-Residence” Fellowship by the International Center of Worship for Global Day of Worship Regent University, Virginia Beach, Virginia.

In 2012, Crouch’s “Let The Church Say Amen,” featuring Marvin Winans, peaked at no. 32 and remained charted for 17 weeks on Billboard’s Adult R&B Airplay. For more than 60 weeks, the single stayed at the top of the charts prompting Billboard to name him “Gospel Songs Artist of the Year.”