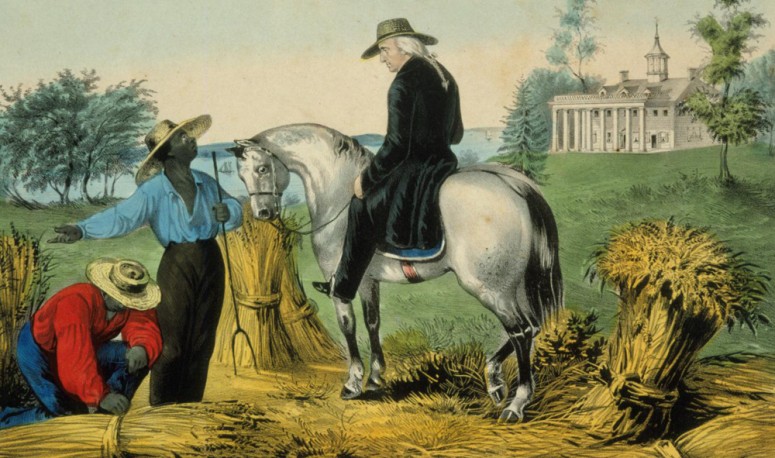 Samuel “Sambo” Anderson was one of the enslaved people on George Washington’s Virginia plantation, Mount Vernon. The early history of Anderson is unclear but what is known is Anderson was from what is now the west African nation of Guinea.  Anderson claimed to have been part of a royal family in the region before his capture and enslavement.  Washington purchased Anderson sometime in the late 1750s and quickly put him to work at Mount Vernon.

Anderson married another Mount Vernon bondservant, Agnes, who was a field worker. The couple had six children, Heuky, Cecelia, Anderson, Ralph, Charity, and Charles.  All of them lived with their mother since Anderson was required to live separately from his family.  Despite the separation, Anderson found ways to take care of them.  He hunted birds and hogs which he sold to Washington. Anderson also became a beekeeper and sold gallons of valuable honey and beeswax to Washington between 1789 and 1797.

Anderson settled into a house on Little Hunting Creek not far from Mount Vernon to live near his family which resided at the River Farm section of the Washington plantation.  He continued to hunt wild game, selling it to local families and hotels to earn money. In 1806, Virginia banned free African Americans from owning firearms without a license. In 1807, Anderson applied for and received permission from the Fairfax County Court to keep a gun.

Anderson eventually earned enough money to purchase and free some of his still enslaved family members including his daughter Charity, his grandchildren William and Eliza, and Eliza’s children James, William, and John. In the 1830s, Anderson and his grandson William, along with 12 other former slaves and their descendants, returned to Mount Vernon to help with the construction of the new tomb for George Washington.  Anderson remained at Mount Vernon and died there on February 20, 1845.