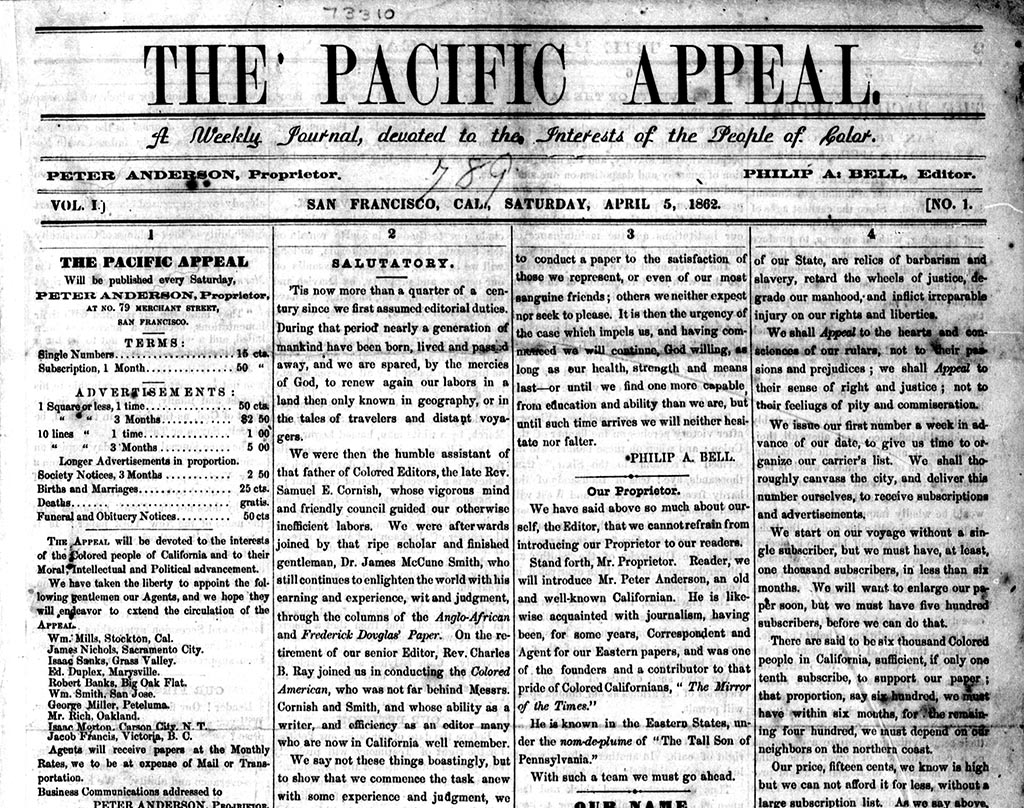 Born in Pennsylvania, little is known about Anderson before he arrived in California at the end of the California Gold Rush. In 1854, Anderson established a tailor shop in San Francisco and plunged into the city’s small but energetic African American community, participating in California Colored Citizen’s Conventions held throughout the 19th century.

As California law then denied African Americans the rights to vote, send their children to public schools, or even testify in court, delegates at the first Colored Citizens’ Convention in 1855 demanded civil rights for African Americans and proposed establishing a newspaper to voice black protest. Recognizing black vulnerability in California, Anderson also proposed emigrating to Sonora, Mexico at both the 1855 and 1858 conventions but the Civil War provided new energy to African American political protest in the 1860s. By 1862, Anderson established the Pacific Appeal under the slogan, “He who would be free, himself must strike the blow.”

Under the direction of Anderson and his co-editor, Philip A. Bell, the Pacific Appeal created an important network among black Californians. But Anderson and Bell increasingly quarreled and in 1865, Bell launched his own newspaper, the Elevator. Until Anderson’s death in 1879, the editors clashed repeatedly over political strategy and partisan loyalty. Initially suspicious of the Republican party, Anderson later insisted that Republican allegiance would ensure civil rights reforms. Bell’s political influenced eclipsed that of Anderson in the 1870s but the debates between these two editors demonstrated the political vitality of California’s 19th century black community.