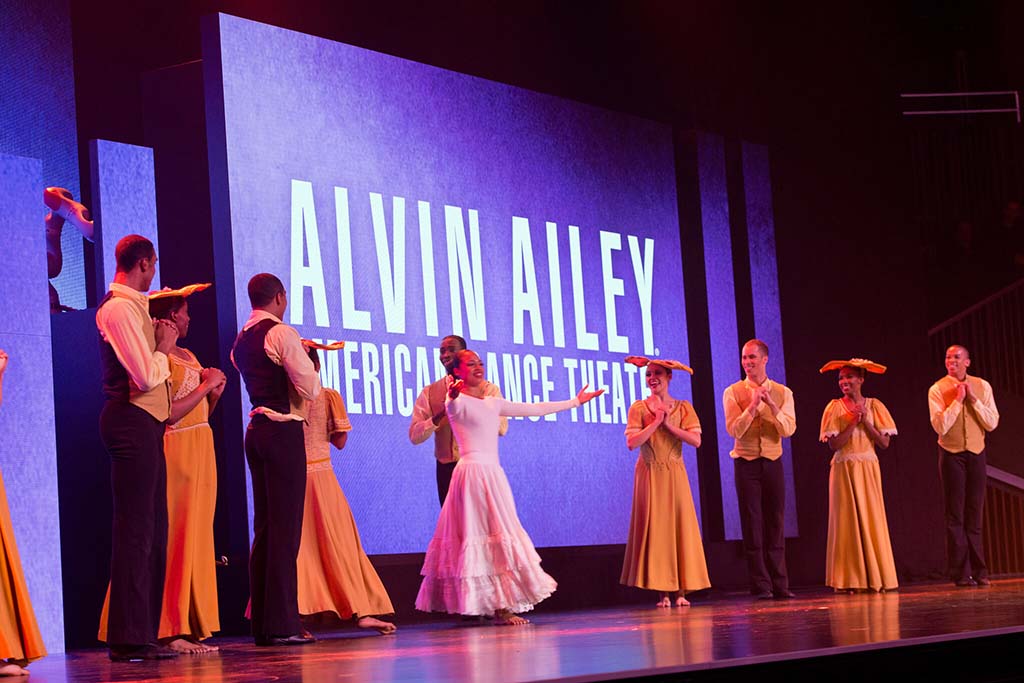 In the company’s first years, all performers were African American, reflecting its founder’s commitment to provide a place where black dancers could avoid pervasive discrimination. However, in 1963, the troupe became racially integrated, as Ailey protested against quotas and discrimination of any kind. He told the New York Times, “I am trying to show the world that we are all human beings…”

The choreography of Ailey, and his colleagues Judith Jamison and Ulysses Dove, is highly emotional and theatrical, blending elements of modern dance, ballet, jazz dance, and Latino and African genres. “Cry,” which Ailey created for Jamison in 1971 as a tribute to black women’s fortitude, exemplifies this approach. The dancer begins by unwinding a beautiful head wrap, which she then uses to scrub floors, before rising and eventually dancing toward liberation.

Like many other African American performers, Ailey and his dancers dramatically enhanced their visibility in the USA by touring abroad, beginning in the 1960s. The company faced financial challenge in the 1970s and 1980s, yet they emerged as an enduring cultural institution beloved by millions of people throughout the world.

In 2005, current Ailey dancers, along with many alumni, donned costumes from their signature piece, Revelations and paraded down New York streets to their dazzling, permanent headquarters on West 55th Street.