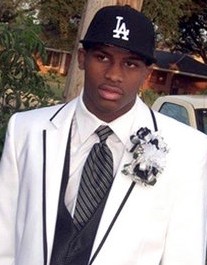 Allen was the son of Natasha Allen and the late Wendell James. He was raised in New Orleans, Louisiana with his siblings, and attended Frederick Douglass High School. Allen was attending Navarro College in Texas, but had recently returned to New Orleans to be closer to his family, and was working for Richard’s Disposal, a local garbage removal company.

The New Orleans Police Department opened its investigation leading to the raid after receiving a tip from a confidential informant about drugs being sold at the Allen residence. A sergeant and officer observed activity at the house and allegedly witnessed several exchanges taking place in the driveway of the home. These mutual exchanges were assumed to be drug deals and gave sufficient cause to raid the home.

On the afternoon of March 7, 2012, Allen was resting in an upstairs room of his home, while younger siblings were in the living room downstairs. He was awakened to the front door being broken down as well as screaming, cursing, and crying, leading him to run downstairs to see what was happening.  Allen, wearing only jeans and sneakers, was unarmed. He was shot in the chest coming down the stairwell by Officer Joshua Colclough. The police discovered about 4.5 ounces of marijuana; a sibling, David Allen, was charged with simple possession in New Orleans Municipal Court.  Wendell Allen was never charged or linked to the contraband recovered in the raid.

After five months of investigations, the Allen family filed a federal lawsuit against the city of New Orleans for wrongful death and gross negligence regarded to the case. A grand jury indicted Officer Colclough with manslaughter after he failed to appear in court to enter a guilty plea for negligent homicide.  Officer Colclough was tried and sentenced to four years in prison for taking Wendell Allen’s life. The Allen family was awarded a $250,000 settlement from the City of New Orleans.