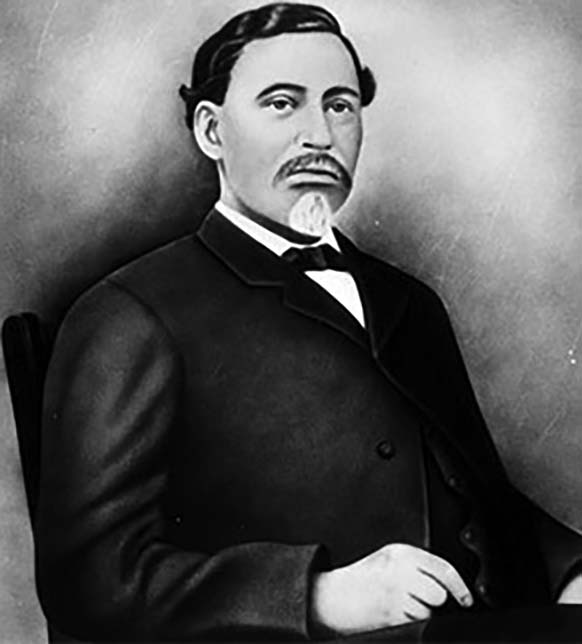 Richard Allen, politician and civic leader, was born a slave in Richmond, Virginia, on June 10, 1830.   He was brought to Texas in 1837 and ultimately to Harris County, where he was owned by J.J. Cain until emancipation in 1865. While a slave he earned a reputation as a skilled carpenter and was credited with designing and building the mansion of Houston mayor Joseph R. Morris.  After emancipation Allen became a contractor, bridge builder, and saloon owner.   He built the first bridge over Buffalo Bayou in Houston, Texas.

After the Civil War Allen became an agent for the Freedmen’s Bureau and a controversial registration supervisor in the Fourteenth District in 1868.  Such a job served as a catalyst for his interest in politics.  An orator who could sway an audience to his will, Allen was elected to the Twelfth Legislature to represent Harris and Montgomery counties in 1869 at the age of forty-three.  As a political leader, Allen occasionally took unpopular positions.  In 1879, he broke with most other black Republican leaders in Texas and became a spokesman for the short-lived Exodus Movement, which told blacks that they would never enjoy educational or economic opportunity in Texas and therefore should move to Kansas.

Though he served only one term in the Texas Legislature, Allen remained active in politics for all of his adult life.  From 1872 to 1900 he was a delegate at nearly every Republican convention–local, state, and national.  Allen held several public and private offices including Houston street commissioner, member of the Board of Directors of The Gregory Institute, second Grand Master of the Colored Masons of Texas, and secretary of the Colored Baptist Missionary Association of Texas.  He and his wife had five children. Allen died in Houston in 1911 at the age of 81.