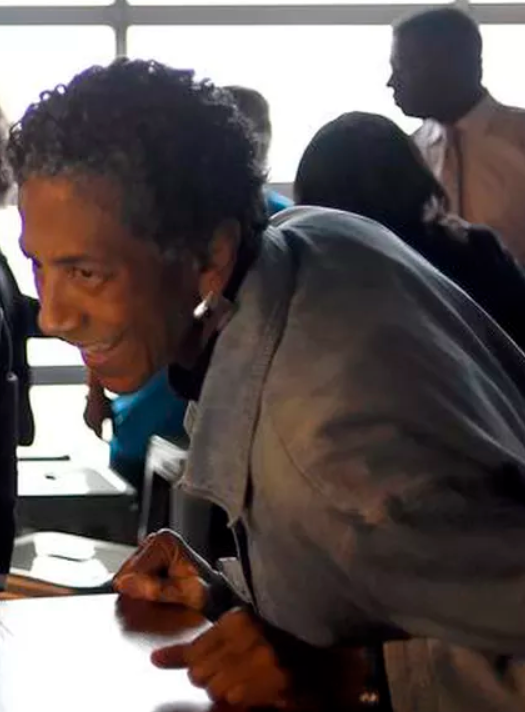 Allegra “Happy” Haynes was born on March 4th, 1953. Her nickname, Happy, comes from the Spanish translation of her first name. Born and raised in Denver, Colorado, Haynes’ student activism during her years at East High School gave rise to a lifelong career of civic involvement. She earned her bachelor’s degree in political science from Barnard College, completed two years of law school at the University of Denver, and received a master’s degree in Public Affairs from the University of Colorado at Denver. She also attended Leadership Denver, the Rocky Mountain Program, and the Denver Community Leadership Forum.

Haynes worked as an aide to Councilman Bill Roberts in 1979 and from 1983 to 1990 was an administrative aide to Federico Peña, the city’s first Latino mayor. In 1990 she was elected to the Denver City Council, becoming the first African American woman to serve on that body. She served on the council for 13 years and was the president from 1998 to 2000. While on the council she sponsored initiatives to ban smoking in public buildings, supported the introduction of a living wage, and played a key role in the development of Denver’s new International Airport. She was Denver Mayor John Hickenlooper’s liaison to the city council from 2003 to 2005.

In 2005 Haynes joined Denver Public Schools (DPS) as the Assistant to the Superintendent for Community Partnerships. Governor Bill Ritter appointed her to the Colorado Commission on Higher Education in 2008, and she became the Chief Community Engagement Officer for Denver Public Schools in 2009. In her role at DPS she is responsible for managing legislative and governmental affairs, coordinating mentoring and volunteer programs, and overseeing the district’s initiatives on parent and community involvement.

From 2011 to 2015 Haynes worked for CRL Associates (a public affairs consulting firm) as the Director of Civic & Community Engagement. She was elected to the Denver Board of Education in 2011 and served as president from 2013 to 2015. After her term ended in 2015, she became the executive director of Denver’s Department of Parks and Recreation, and in 2017 was appointed by Denver Mayor Michael Hancock as the city’s deputy mayor.

In addition to her public posts, Haynes worked for several years as a facilitator with the National Civic League and was a founding board member of Colorado Black Women for Political Action, Mile High Youth Corps, and the Foundation for Education Excellence. She has also served on the board of the Colorado Children’s Campaign, City Park Jazz, the Colorado Commission on Higher Education, Rocky Mountain PBS, the Denver Museum of Nature and Science, the Denver Welfare Reform Board, the Stapleton Development Corporation, and is the current chair of the Colorado Advisory Board of the Trust for Public Land. Haynes enjoys science fiction, gardening, and is an avid jazz enthusiast.