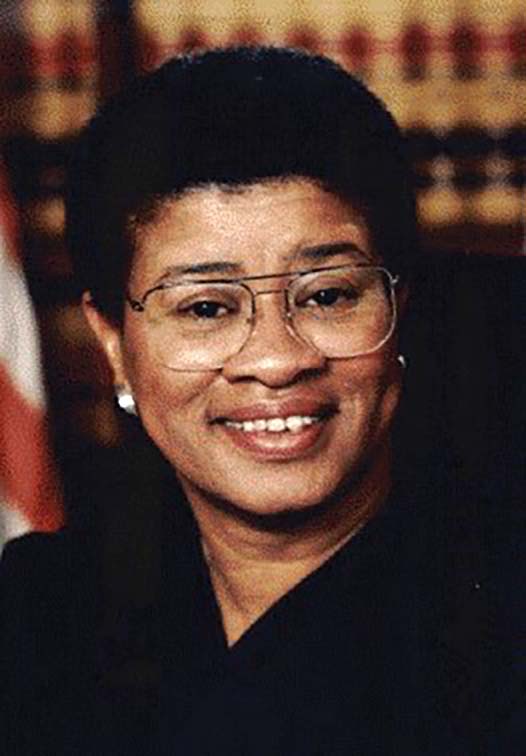 Medical technician and lawyer, state executive, and judge Alice Athenia Lytle was born on March 2, 1939 in Newark, New Jersey. Her father Lacey Lytle worked as a janitor in a building where she lived. He and her mother Margaret moved the family to Harlem in New York City. Lytle earned a bachelor of arts degree in physiology and public health from Hunter College in New York in 1961. She moved to California and worked in the department of pediatric cardiology at the University of San Francisco Medical Center.

Following the assassination of Martin Luther King, Jr. on April 4, 1968, Lytle decided to leave her medical career and become a civil rights attorney. While attending the Hastings College of the Law in San Francisco, she served as president of the Black Law Students Association and worked with the Alameda County Public Defender’s office and the Legal Defense Fund of the National Association for the Advancement of Colored People. She earned a law degree in 1973.

After initially teaching criminal law at the New College of Law in San Francisco, in 1975, she served as Chief Deputy of Legal Affairs in the office of California Governor Edmund G. “Jerry” Brown, Jr. He later appointed her head of the Fair Employment and Housing Division of the Department of Industrial Relations. There she managed a staff of 200 workers in 10 offices within the state. In 1979, she rose to a prestigious cabinet post as Secretary of the State and Consumers Services Agency, the first African American to hold this position.

In 1983, Governor Brown appointed Lytle to the Sacramento Municipal Court, the first female African American on that bench. She sat in court hearing misdemeanor trials, felony preliminary hearings in civil court, and jury trials. Two years later, Lytle and Judge Rudolph R. Loncke established La Casita, a waiting room for children whose parents or family members were before court in Sacramento. She headed the Municipal Court in 1988 and 1989.

In 1995 and 1996, Lytle sat as presiding Judge of the Sacramento Superior Court’s Juvenile Court. While on the bench, she established the Healthy Teen Mothers Project, served as a mentor to pregnant teens for a program called the Birthing Project, and created the SacraMentor Program to help juveniles in trouble with the law. In 1998, county Municipal and Superior courts were consolidated. Governor Brown appointed Lytle to the Sacramento County Superior Court, the first female African American Superior Court judge in California.

Lytle retired in 2002. In 2016, Governor Brown called on her again and appointed her to the Attorney General’s Racial and Identity Profiling Advisory Board. She and other members of the board studied racial profiling by law enforcement and recommended policies that would eliminate it.

Alice A. Lytle died in Sacramento on December 21, 2018 at the age of 79. She was survived by two brothers and three sisters.