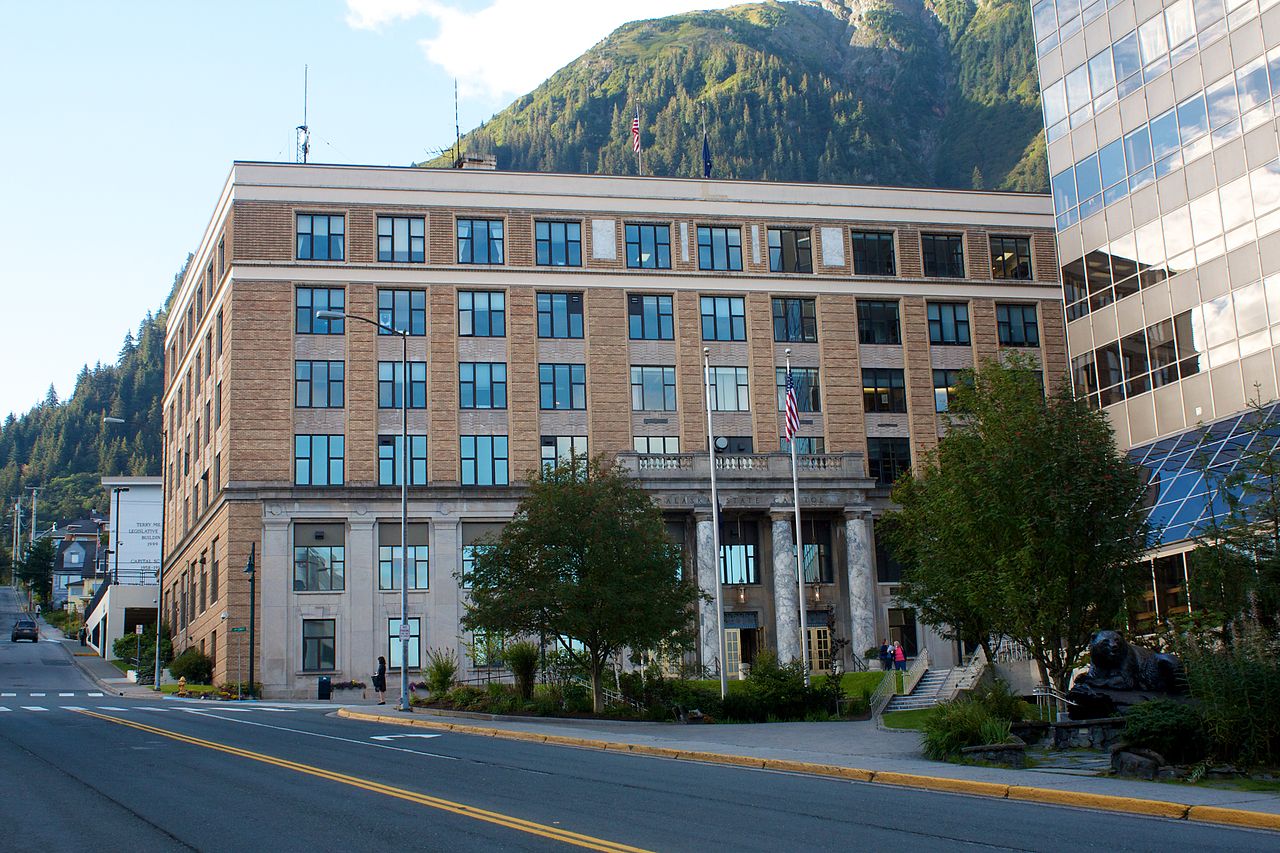 Relating to and providing far the elimination of certain practice of discrimination because of race, color, religion or national origin; providing penalties.

Be it enacted by the Legislature of the Territory of Alaska:

Section 2. The opportunity to obtain employment without discrimination because of race, religion, color or national origin is hereby recognized and declared to be a civil right.

Section 3. When used in this act:

2. The term “employment agency” includes any person undertaking to procure employees or opportunities to work.

3. The term “labor organization” includes any organization which exists or may hereafter exist and which is constituted for the purpose, in whole or in part, of collective bargaining or in dealing with employers concerning grievances, terms or conditions of employment or of other mutual aid or protection in connection with employees.

6. The term “employee”does not include any individual employed in the domestic service of any person.

7. The term “department” means the Department of Labor of Alaska.

8. The term “commissioner”, unless a different meaning clearly appears in the context, means the Commissioner of Labor of Alaska,

9. The term “national origin” for the purpose of this act shall include ancestry.

Section 4. For the purpose of this act it shall be an unlawful employment practice:

1. For an employer, because of the race, religion, color or national origin of any individual, to refuse to hire or employ or to bar from employment such individual or to discriminate against such individual in compensation or in terms, conditions or privileges of employment.

3. For an employer, labor organization or employment agency to discharge, expel or otherwise discriminate against any person because he has opposed any practices forbidden under this act, or because he have filed a complaint, testified or assisted in any proceeding under this act.

4. For any person, whether an employer or an employee, or not, to aid, abet, incite, compel or coerce the doing of any of the acts forbidden under this act or to
attempt to do so.

Section 5. Any person claiming to be aggrieved by an alleged unlawful employment practice, may, by himself or his attorney at law, make, sign and file with the commissioner a verified complaint in writing which shall state the name and address of the person, employer, labor organization or employment agency alleged to have committed the unlawful employment practice complained of, and which complaint shall set forth the particulars thereof. The complainant shall be required to set forth in the complaint such other information as the commissioner may deem pertinent. Any employer whose employees, or any of them, refuse or threaten to refuse to abide by the provisions of this act or to cooperate in carrying out its purposes may file with the commissioner a verified complaint requesting assistance by conciliation or other remedial action.

Section 7. Any order issued by the commissioner as aforesaid may be enforced by mandamus or injunction or by a suit in equity to compel specific performance of such order.

Section 8. Any party aggrieved by an order of the commissioner issued after hearing, as provided herein, may appeal from such order to the District Court of the Territory of Alaska for the division in which the unlawful employment practice is alleged to have occurred, within 20 days after receipt of service in such order. Such appeal may be taken by serving upon the commissioner and filing with the clerk of said court a notice of appeal, together with a copy of the order appealed from, a copy of the notice of hearing and an undertaking in the sum of two hundred dollars ($200.00), conditioned to pay all costs that may be awarded against appellant on such appeal. The filing of the appeal shall operate as a stay of the order appealed from. Upon a notice of an appeal being filed in the office of the commissioner, a certified transcript of the entire record taken at the hearing shall promptly be filed with the clerk of said court.

Section 9. The appeal shall be determined and tried de novo in the manner provided by law for the trial of suits in equity.

Section 10. Any person, employer, labor organization or employment agency who or which shall willfully resist, prevent, impede or interfere with the commissioner or any of his authorized agents in the performance of duty under this act, or shall willfully violate an order of the commissioner, shall be guilty of a misdemeanor and be punishable by imprisonment in jail for not more than one year, or by a fine of not more than five hundred dollars ($500.00), or by both such imprisonment and fine; but an appeal or other procedure for the review of any such order shall not be deemed to be such willful conduct.