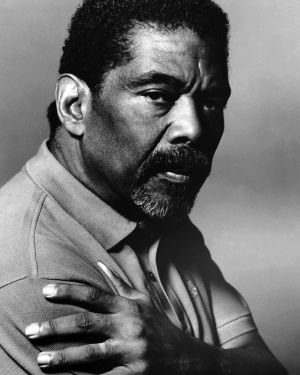 Following the westward migration during World War II, mother and son moved to Los Angeles, California. Ailey graduated from Jefferson High School in South Central, where he became interested in dance through fieldtrips and personal excursions to Central Avenue, a thriving home to African American clubs, theaters and performance venues.  During their junior year, Carmen de Lavallade, a classmate who also became an influential dancer and choreographer, introduced him to the Lester Horton’s dance studio.

Ailey attended college briefly, but he soon returned to performing in Horton’s Dance Theatre. In 1953, Horton died suddenly and twenty-three year old Ailey became the company’s artistic director. Ailey danced in the film Carmen Jones, before making a major impact in a Broadway musical late in 1954, partnering his old friend, de Lavallade. With choreography by George Balanchine and Herbert Ross, the short-lived House of Flowers was a milestone in the young dancer’s career.

Ailey stayed on in New York, developing an approach that mixed Katherine Dunham’s unique modern style with elements of ballet, African, jazz, and Cuban dance.  In March 1958, Ailey’s newly established company, the Alvin Ailey American Dance Theater, performed to ovations at the 92nd Street YMHA (Young Men’s Hebrew Association). As the civil rights movement grew and spread, Ailey’s celebrations of black traditions and music were linked to the struggles for equality and social justice.  In 1988, a year before his death, Ailey received Kennedy Center Honors for his lifetime contributions to American arts.