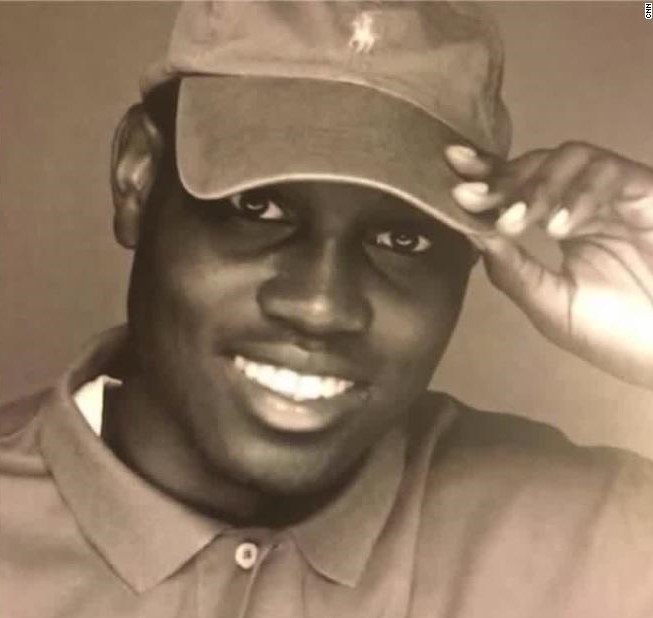 Ahmaud Arbery was a 25-year old African American man who was shot and killed while jogging in Brunswick, Georgia. Arbery had been pursued by three armed white men who believed he was fleeing from a burglary. Along with the killings of other unarmed Black citizens by current and former law enforcement officers in 2020, Arbery’s death resulted in widespread protests in the United States and around the world.

Ahmaud Marquez Arbery was born on May 8, 1994, to Marcus Arbery Sr. and Wanda Cooper-Jones. Known as “Maud” or “Quez” to his family and friends, Arbery was a star football player at Brunswick High School. After graduating in 2012, he attended South Georgia Technical College where he trained as an electrician. He stayed in shape by jogging regularly around the outskirts of Brunswick.

On February 23, 2020, Arbery was jogging in Brunswick’s Satilla Shores neighborhood. A residential security camera shows he briefly entered a house that was under construction before continuing to jog down the road. He did not take anything from the house. Gregory McMichael and his adult son, Travis, residents of the neighborhood who suspected the jogger might be responsible for a recent burglary in the area, armed themselves, got into a pickup, and began pursuing Arbery. They were joined by another man, William Bryan, who followed in a separate vehicle and recorded the pursuit on his phone.

The McMichaels overtook Arbery, shouted they wanted to talk with him, and Travis got out of the pickup holding the shotgun. Arbery attempted to avoid his pursuers but was directly confronted by Travis. A struggle ensued, during which McMichael fired the shotgun three times. Arbery was struck in the chest and arm, and he died at the scene.

In the investigation that followed, District Attorney George Barnhill determined there was no cause to arrest the individuals involved. He stated that under state law the McMichaels had brandished their firearms legally and were within their rights to pursue an individual who they believed had been involved in criminal activity. Barnhill also found the use of deadly force was justified, as McMichael claimed to have been defending himself from what he described as an attack by Arbery.

Ten weeks later, the video of the incident recorded by Bryan was posted online. To many observers, including members of Arbery’s family, the footage revealed the McMichaels to have been the aggressors who instigated the confrontation, with Arbery fighting back in self-defense. Bryan also informed investigators that Travis McMichael had used a racial epithet while standing over Arbery’s dead body.

The revelations led to nationwide protests. On May 8, what would have been Arbery’s 26th birthday, supporters around the country paid tribute to him by jogging 2.23 miles, a reference to the date he was killed. In June 2020, motivated by Arbery’s killing, Georgia enacted new hate crimes laws.

The Georgia Bureau of Investigation reopened the case in response to public outrage over the video. In May 2020, more than ten weeks after the incident, agents arrested the McMichaels and Bryan, charging all three with felony murder, aggravated assault, and false imprisonment.