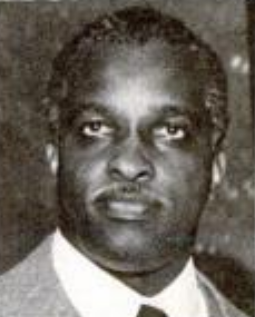 U.S. Ambassador Orison Rudolph Aggrey was born in Salisbury, North Carolina, the son of James Emman Kwegyir, an African immigrant who became an American college professor, and Rose Rudolph (Douglass) Aggrey, an African American woman. He earned a B.S. degree from Hampton Institute, where he graduated as valedictorian in 1946, and an M.S. in journalism from Syracuse University (New York) in 1948. After encountering difficulty in obtaining a reporting post with a major white daily newspaper in 1950, he applied for a position with the information and cultural branch of the U.S. State Department in Washington, D.C. Despite his high scores on the Civil Service entrance examinations, he also encountered difficulty with his application. Aggrey was offered a post only after George L. P. Weaver, who was then assistant Secretary of Labor for international affairs (and one of the most important blacks in the administration of President Harry S. Truman), interceded on his behalf.

Aggrey’s first assignment took him to Lagos, Nigeria where he was information officer in the U.S. Information Service office.  On many occasions Aggrey, the second highest ranking person in the office, actually ran the mission. Ironically, at the same time that Aggrey acquired the Lagos post, he received an offer to join the staff of a Providence, Rhode Island daily newspaper, but he chose to remain in the foreign service.

After two years in Lagos, Aggrey returned to the United States and requested a new assignment in France. In France, he was placed second in command at the U.S. Information Service mission at Lille, in the northern part of the country. Shortly afterward he arrived, the man in charge of the office was transferred to Hanoi, North Vietnam. Again, unexpectedly, Aggrey was left in charge of a foreign mission. During this tenure, however, the head of the Information Service visited the Lille mission, while on a tour of facilities in France. He was so impressed with the interest in U.S. cultural programs which Aggrey had fostered among local citizens that he asked the black mission officer to come to Paris and start a cultural program there.

Aggrey established in the French capital a Centre Cultural American (American Cultural Center) near the famous Left Bank district of Saint Germain des Pres. It became an instant success, particularly with young Parisians, and others, especially students from Africa and other parts of “the Third World.” Aggrey offered his visitors a variety of art, literature, lectures, movies, and music (especially jazz) depicting and reflecting American life. One of the Center’s visitors was the poet-scholar Leopold Senghor, who later became president of Senegal. Word of the success of the Paris Center spread back to the United States. The New Yorker, for example, called its work “clear and encouraging.”

In 1960, after seven years in France, Aggrey was recalled to the United States. President-elect John F. Kennedy’s new Assistant Secretary of State for African Affairs, G. Mennen Williams, asked Aggrey to accompany him on his first inspection tour of the African Continent. Upon their return to the United States, Williams made Aggrey one of his key assistants, with the title of deputy advisor for public affairs in the State Department’s Bureau of African Affairs. In this post, Aggrey played a key role in the development of the Kennedy administration’s program for Africa.

In 1964, Aggrey, after marrying a French woman, Francoise Fratacci, took a year’s leave from his diplomatic duties to become a fellow at the prestigious Center for International Affairs at Harvard University.  One of his teachers there was Dr. Henry Kissinger, who was later to become an American Secretary of State.

After returning to the State Department, Aggrey became chief of the French branch of the Voice of America for a year, then deputy director of the U.S. Information Service (USIS) in Kinshasa, Zaire, and program manager of the U.S. Information Agency’s Motion Pictures and Television Service.  In this capacity, he produced several award-winning films, including the official USIS film of the U.S. astronauts’ first walk on the moon.

Largely because of these achievements and his distinguished previous service, Aggrey was asked, in 1971, to head the State Department’s Office of West African Affairs. In this capacity, he coordinated American policy affecting more than a dozen West African countries. After two years in the West African Office, Secretary of State William P. Rogers recommended that he be named as U.S. Ambassador.  The nomination was made by Rogers’s successor and Aggrey’s former professor, Secretary of State Henry Kissinger.

In 1972 President Richard M. Nixon appointed O. Rudolph Aggrey to the position of U.S. Ambassador to Senegal and The Gambia. He was, at the time, the only U.S. Ambassador to an African country with direct familial ties to the continent. After taking over his post in December 1973, Aggrey moved quickly to enhance American relations with the two countries he served, particularly in the areas of trade, tourism, and financial assistance.  After four years in Africa, he was assigned to Romania in 1977.   Aggrey retired from the U.S. State Department in 1981.