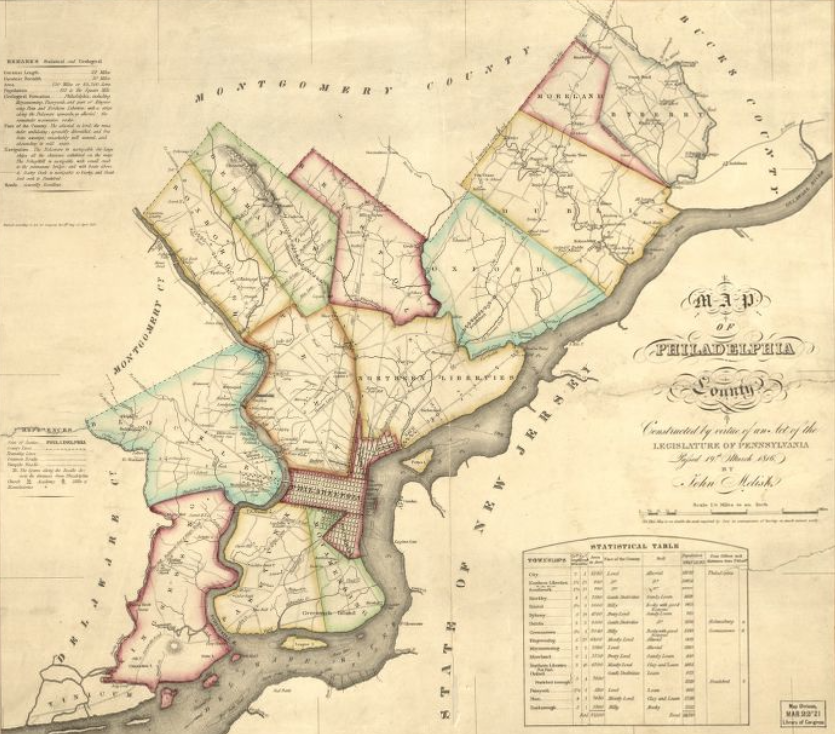 In 1810 The African Insurance Company was created with offices located at 159 Lombard Street in Philadelphia, Pennsylvania.  It was the first African American-owned insurance company in the United States. The first president was Joseph Randolph while Cyrus Porter was treasurer and William Coleman was its secretary. The establishment of an insurance company by African Americans was a natural progression from beneficial societies that had emerged just after the American Revolution.

Beneficial societies were social and economic safety nets for an impoverished community; in Philadelphia the Free African Society established on April 12, 1787 charged members monthly dues in order to create a pool of money from which to draw if women were widowed, a member fell sick, or to provide a Christian burial for a member who died.  This assurance that one would be taken care of by an organization if any misfortune were to befall them was a powerful motivator to convince people to contribute to the Free African Society.  The Free African Society, however, was far from a non-profit; in 1790 it deposited a sum of $100 into Philadelphia’s Bank of North America. If members stayed healthy and deaths were minimal the Society hoped to accumulate a substantial amount of money that could be used for future payouts and that could reassure existing members that their needs would be properly addressed.

The African Insurance Company was established in 1810 as a for profit business built on the model of the Free African Society.  The company sought to capitalize on the rapidly growing free African American community in Philadelphia which included newcomers who either were not allowed in or did not choose to join the Free African Society but who nonetheless sought the security the society provided its members.

The company, however, lasted only until 1813.  It failed to attract a significant customer base and its three officers were forced to relinquish their Lombard Street office and move the business into the home of William Coleman.  No records exist for the company after 1813.  Nonetheless, the early model provided by the African Insurance Company would eventually be adopted by many successful post-Civil War era black insurance companies.