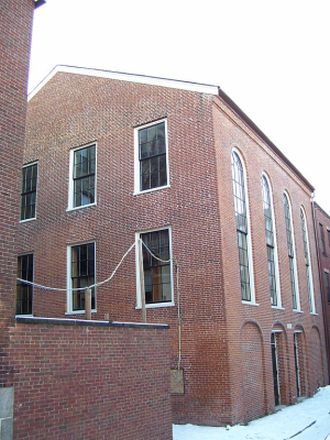 Officially founded on August 8, 1805 by the Reverend Thomas Paul, The African Baptist Church is the oldest black church in Massachusetts.  The first meeting of the congregants took place around 1800.  Thomas Paul and Scipio Dalton formed the African Baptist Church after a group of black congregants who had previously attended the predominantly white First and Second Baptist Churches, decided to leave those congregations. Knowing there would be little resistance to their withdrawal, the group received assistance and the blessing of the larger white churches.  Dr. Samuel Stillman, pastor of First Baptist Church, agreed to support the new church with the stipulation that they were to “plainly dissuade” white admittance.

At the time of its founding the church congregation consisted of 24 members, nine men, and 15 women.  With $7,150 raised in funds for the new church, they built an edifice at 46 Joy Street on Beacon Hill which was completed in December 1806.  That building is now a national historic landmark called the African Meeting House.

Although he started other churches in upstate New York and Haiti, Rev. Paul remained African Baptist’s pastor until he resigned “by reason of ill-health” in 1829.  Other black and white clergymen led the congregation until the Civil War.  In 1838, a new pastor from Portland, Maine, Rev. George Black persuaded the congregation to change its name from African Baptist to First Independent Baptist Church of People of Color because he argued the “term African is ill applied to a church composed of American citizens.”  Despite the official name change, it continued to be called by many the Belknap Street Church because of its location.

During the rest of the antebellum period, various issues caused turmoil in the church but none more important than the abolition of slavery.  Church members divided over whether First Independent should be an active supporter of the abolitionist cause or whether it should remain focused exclusively on religious matters.

The activists apparently had considerable influence. In 1831, six months after William Lloyd Garrison established The Liberator anti-slavery newspaper, he used the African Meeting House to organize the New England Anti-Slavery Society. In 1833, Maria Stewart, the first woman and African American woman to address a public audience of men and women, did so from the pulpit of the church.  In 1860 Frederick Douglass used the church to deliver an anti-slavery speech.

Rev. John Sella Martin, who led the church between 1860 and 1863, was the last minister to embrace social activism.  With the arrival of Rev. H.H. White in 1865, religious conservatives controlled the hierarchy of the church. In 1898 the famous African Meeting House was sold to a Jewish congregation.  The church and much of its congregation moved to Boston’s South End into the existing chapel at 134 Camden Street.

On the first Sunday of January of 1915, Morningstar Baptist and Calvary Baptist would merge with St. Paul’s Baptist, the name African Baptist had since assumed, becoming the Peoples Baptist Church of Boston. They would be united under their first minister, Reverend Aaron Fuller, and the church continues today.