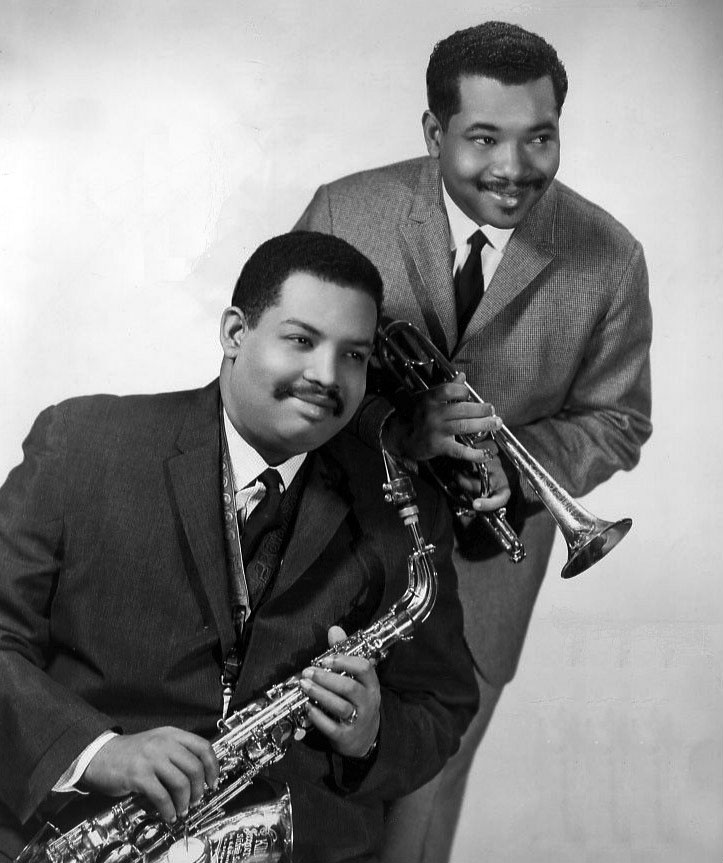 Combining styles of earlier influences with his own unique twists secured Julian “Cannonball” Adderley’s place in history as an experienced alto saxophonist who was fearless in exploring fresh musical styles.  Born in Tampa, Florida on September 15, 1928, Adderley was welcomed into a musical family that would play a key part in his success as a performer.  His father, already a jazz cornetist, introduced him to music, contributing to Adderley’s familiarity with band performance by the age of 14.  In high school he continued to study reed and brass instruments and formed his first jazz group with his band director as his advisor.  Upon graduation from high school, Adderley became band director at Dillard High School in Fort Lauderdale where he taught music for several years while also playing with his own jazz group on the side from 1948 to 1950.  After enlisting in the Army in 1950, he led the 36th Army Dance Band and later a second Army band from 1952 to 1953.  During this time he also studied at the U.S. Naval School of Music.

Adderley was persuaded to move to New York in 1955, where he made an instant impact on the jazz scene after joining his brother, Nat, and forming a quintet that toured until 1957.  He then joined Miles Davis and proceeded to make some of the most notable jazz recordings of the 1950s.  He remained with Davis until 1959 when he toured as a featured soloist for George Shearing’s big band.  At the end of that year Adderley rejoined his brother to form a new quintet fostered by the influences of Davis, Charlie Parker, and Benny Carter.  For 15 years, Adderley used the experience he gained with Davis to mold the quintet into a colorful combination of fusion, post-bop, and soul jazz, the latter with which he was most commonly associated.  Although many viewed these transformations as solely for commercial gain, some critics demonstrated their appreciation for the sound by referring to Adderley as the “new bird” and crediting his style to the influence of Parker.

By the 1970s Adderley played soprano saxophone and taught and lectured on his life passion of jazz.  His nickname Cannonball evolved from “cannibal,” which illustrated his immense eating capacity.  Julian Cannonball Adderley died from a stroke while performing onstage in Gary, Indiana on August 8, 1975.