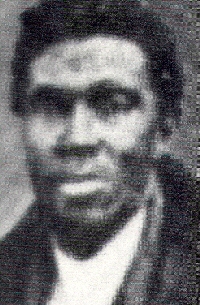 David Abner, black Texas legislator, was born enslaved in Selma, Alabama, in 1826 and brought to Texas in 1843 by the daughter of his master who, with her husband, settled in Upshur County.  Abner remained there until after the Civil War.   In 1866 he moved to Marshall, Texas.  After settling in Harrison County, the former slave became a prosperous farm worker, and after a few years of hard labor and frugal living he managed to buy the farm.  By 1876, he was signing notes, bonds, and securities for thousands of dollars for whites as well as blacks.  According to oral sources, Abner was a natural politician.  After settling in Marshall, he was appointed to the State Executive Committee of the Colored Men’s Convention of 1873 and was later elected Harrison County treasurer.  Abner served in the legislature from 1874 to 1875.

Abner participated in many civic activities in Harrison County.  He helped to organize Bethesda Baptist Church and became one of its first deacons.  He also helped to establish the first elementary school for blacks in Harrison County.  After leaving the legislature he continued his interest in education.  Abner was one of the leaders in the movement to establish Bishop College and served as one of the two original black trustees.

The 1880 census listed him as a farmer.  He and his wife, Mollie, reported eight children in their household.  Seven were Abner’s children from a previous marriage, including David Abner, Jr., and two stepchildren; one child, Lucy, was Mollie’s daughter from a previous marriage.  When Abner retired from the legislature he went into the ice business in order to enhance an already sizable estate, which included over 300 acres of land in East Texas.  He died in 1902 and was buried in a family plot in the Older Powder Mill Cemetery, Marshall.