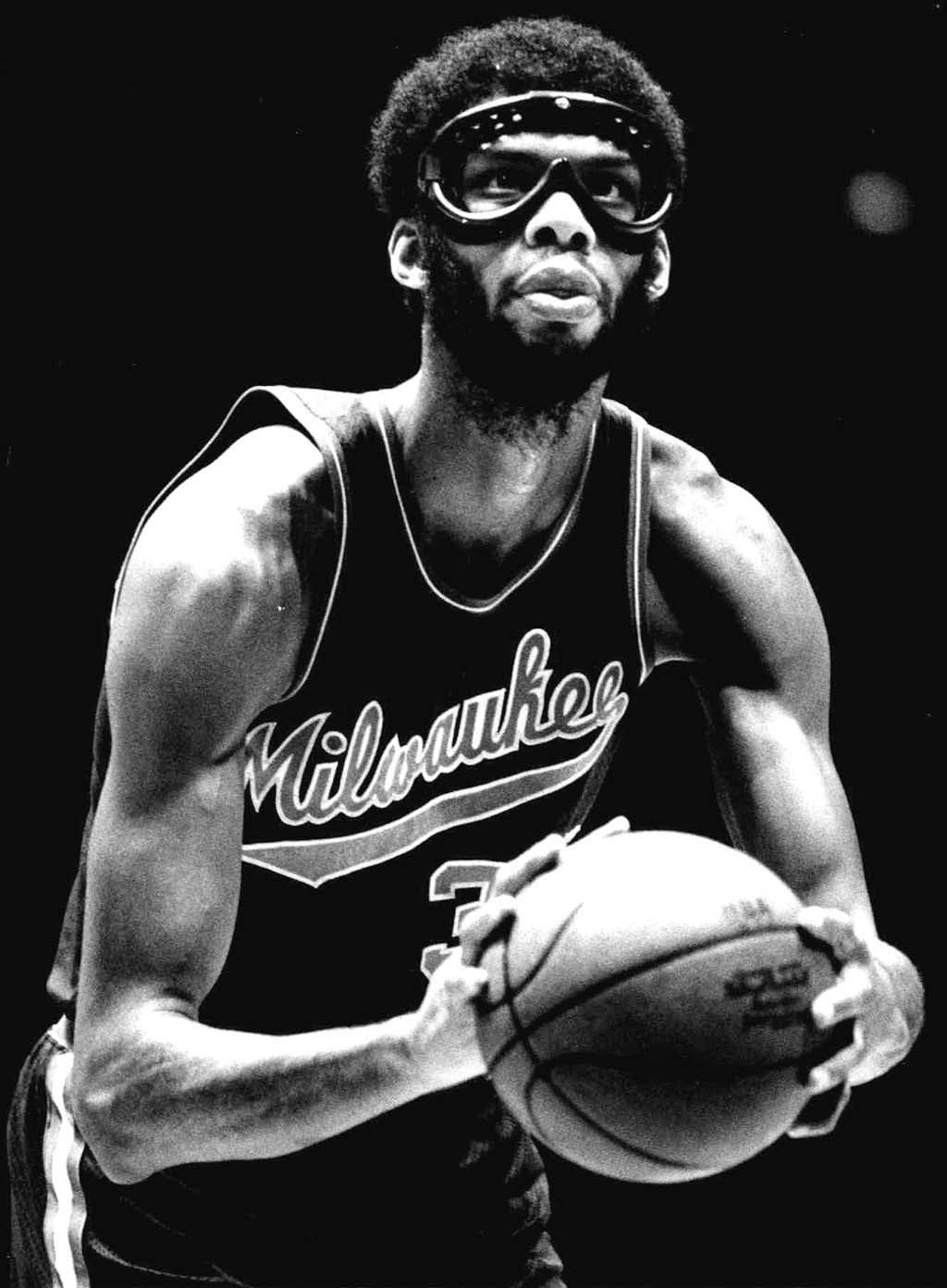 In 1966 Alcindor left for Los Angeles, California to play for the University of California at Los Angeles (UCLA). Over his three seasons there he led the Bruins to an overall 88-2 record and three consecutive national championships. Alcindor finished his college career with the sixth highest point total of any player and won the inaugural Naismith Award for the most valuable college basketball player in 1969.

In 1967 Alcindor joined a number of athletes, including Bill Russell and Muhammad Ali (Cassius Clay), in a press conference to speak out against the Vietnam War. Ali and others also took this opportunity to praise Islam, to which Alcindor had recently converted. (Four years later he legally changed his name from Alcindor to Abdul-Jabbar and in 1973 traveled on pilgrimage to Saudi Arabia.)

The Milwaukee Bucks in Milwaukee, Wisconsin selected Alcindor as the number one draft pick in the 1969 National Basketball Association draft. He brought the struggling Bucks to second place in the Eastern Conference and easily won NBA Rookie of the Year honors. The next season he led the Bucks to their first national championship.

Dissatisfied with living as a Muslim in Milwaukee, Alcindor, now going by his new Muslim name, Abdul-Jabbar, was traded in 1975 to the Los Angeles Lakers for four players. From then until his retirement in 1989, Abdul-Jabbar and the Lakers dominated the NBA, winning five national championships. Abdul-Jabbar’s many records included most notably the highest total points scored (38,387). He had also won more MVP awards than anyone else (6), and played in far more games than anyone had ever thought possible (1,560).

In the years since his retirement Abdul-Jabbar has written a number of books.  In 1996 his Black Profiles in Courage: A Legacy of African American Achievement was published.  Four years later he authored A Season on the Reservation: My Sojourn with the White Mountain Apaches, detailing his experience coaching basketball on an Arizona Indian Reservation.  In 2005 he wrote Brothers in Arms: The Epic Story of the 761st Tank Battalion, World War II’s Forgotten Heroes.  His latest book, On the Shoulders of Giants: My Journey Through the Harlem Renaissance, appeared in 2007.