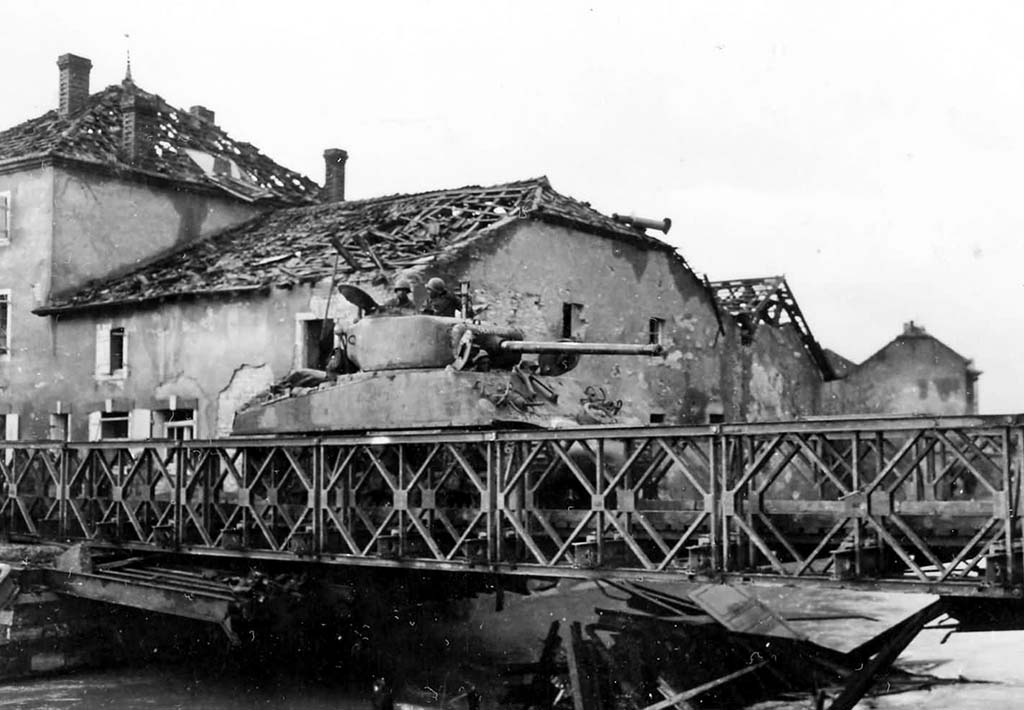 The 761st Tank Battalion was formed in the spring of 1942 and was the first African American tank battalion to see combat in the Second World War. Commanding this battalion was a white Lt. Colonel, Paul L. Bates.  As the unit fell under the scrutiny of other white officers who were critical of blacks as soldiers and especially as tankers, Bates pushed the 761st in its quest for excellence.

The 761st was referred to as the ‘bastard’ battalion which meant the battalion, like many other white units, was broken up piecemeal and assigned to infantry divisions for support roles.  In 1944, the 761st was assigned to General George S. Patton’s Third Army in France. Patton was generally skeptical of the abilities of black soldiers and he thought African American tankers especially intellectually incapable of handling the challenges of armored warfare.  The men of the 761st proved him wrong. In the autumn of 1944, the 761st left from England, where it was held in reserve training, and arrived in France, ready to fight.

The 761st consisted of 760 black men and white officers primarily operating the M-4 Sherman battle tank.  Soon after the 761st Tank Battalion landed on Omaha Beach in Normandy they became the first black armored soldiers to see battle.  The motto of the 761st, who were also called the Black Panthers, was “Come Out Fighting!”  Before the end of the war, they more than lived up to this motto.

During combat operation in World War II, front line troops rarely spent more than a few weeks on the front lines; the Black Panthers had been in combat for over 183 days straight.  Before the war was over, the 761st would participate in four major allied campaigns throughout a half dozen countries including France, Germany and Austria, and inflict over 130,000 casualties.  The 761st was also highly decorated; earning throughout their six months of combat operations seven Silver Stars for Valor (three posthumously), 246 Purple Hearts and one Congressional Medal of Honor (posthumously).  Eight enlisted men received battlefield commissions.

Among the men serving in the 761st was baseball legend Jackie Robinson.  Lt. Colonel Bates was so impressed with Robinson and his influence over the men that he appointed Robinson as the official moral officer of the 761st.  Robinson would never see combat overseas, however.  He was court-martialed in August, 1944 after refusing to go to the back of a bus driven by a civilian on the Fort Hood military base in Texas.  Robinson was acquitted of all charges, discharged and three years later began playing for the Brooklyn Dodgers.