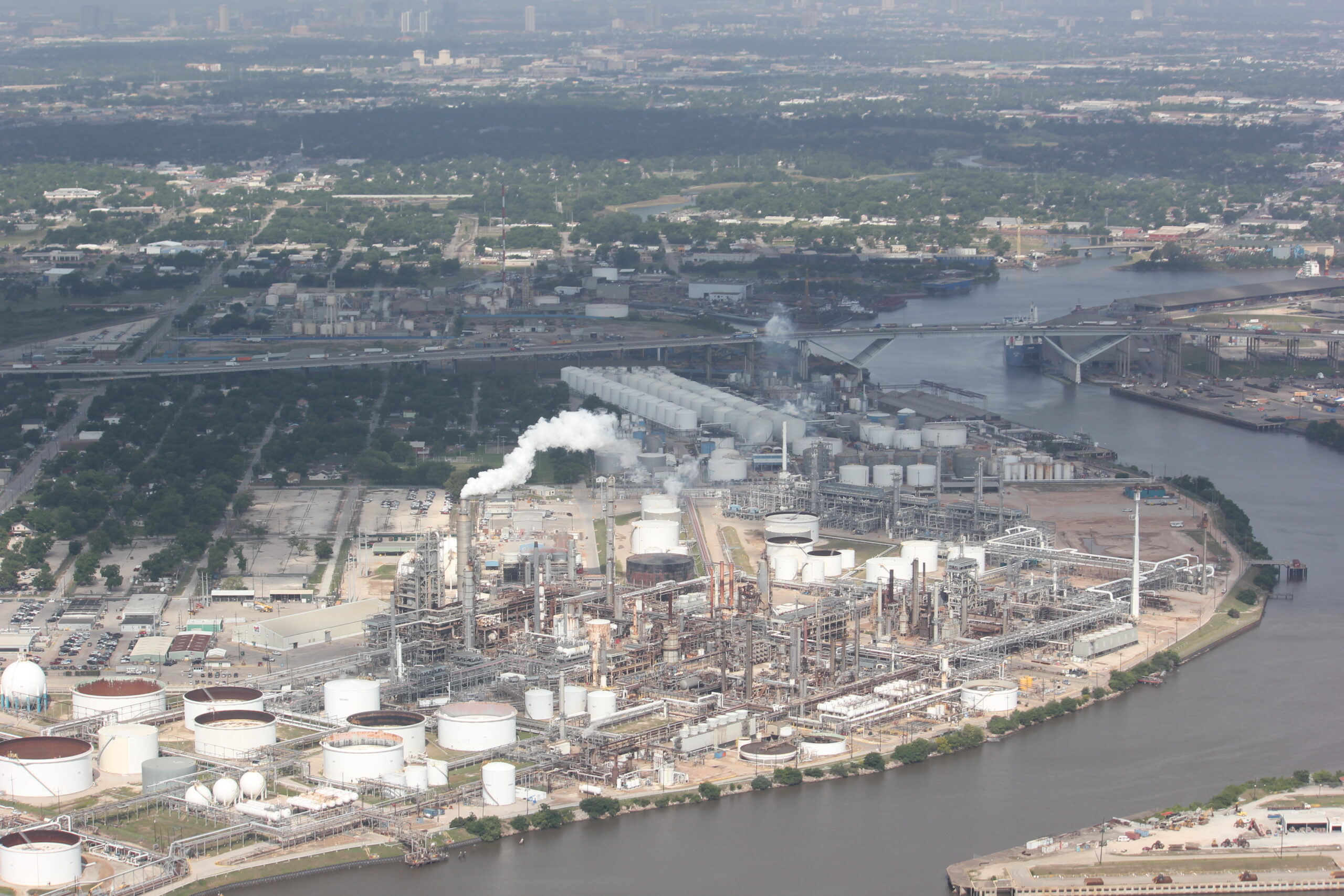 Houston, Texas, with a population of 2.3 million people, 23% of whom are African American, is fourth largest city in the United States. Long recognized as the “energy capital of America,” Houston is also one of the nation’s greatest contributors to greenhouse gas and fossil fuel emissions because of its numerous oil refineries. High levels of pollution are concentrated in predominantly Black and Latino neighborhoods, exposing them to harmful substances in their air and water. In 2017 alone, nine million pounds of unauthorized pollution was released in Houston and in 2019, the city ranked second in the state of Texas for unauthorized emissions.

Industrial pollution is a major factor in accelerating climate change as was evident in Winter Storm Uri in February of 2021 which caused freezing conditions, widespread power outages, and 66 deaths in the city, making it one of the worst natural disasters in the past century. Climate change increases the variability of weather patterns. Since 2015, Houston has experienced a total of eight federally declared natural disasters.

Decades of redlining and other discriminatory housing policies to maintain racial segregation placed Houston’s African American residents in areas that were most vulnerable to such events. Black and Latino neighborhoods in the city are five to twenty degrees hotter than predominantly white neighborhoods with high temperatures exposing those residents to increased health risks.

Additionally, the degradation of Black neighborhoods in Houston is a direct result of state-sanctioned discrimination which has allowed the concentration of hazardous waste sites in or near those areas. From 1930 to 1978, 82% of Houston’s hazardous waste was dumped in Black neighborhoods, regardless of income levels and despite Blacks comprising less than 25% of the city’s population.  This concentration confirmed that race was the greatest determining factor in choosing the location of waste facilities. Moreover, chemical accidents associated with Houston’s vast petrochemical industry occur roughly every six weeks, increasing the harmful effects upon local human health and highlight the blatant violation of environmental safety laws in communities of color.

Since the start of the environmental justice movement, Black communities across the U.S. have called for safer environmental regulation in their neighborhoods. Some Black Houstonians were among the first to take legal action against this concentrated pollution.  In 1979 Margaret Bean and other citizens filed a lawsuit in U.S. District Court to challenge a corporate decision to place a waste facility in her predominantly Black neighborhood in Northeastern Houston. In a decision that became known as Bean versus Southwestern Waste Management Corporation, the court ruled in favor of the plaintiffs in what was one of the first successful court cases against environmental injustice.

Dr. Robert Bullard, known as the father of the national environmental justice movement, was the chief researcher helping, his wife, Linda McKeever Bullard, the attorney for Margret Bean. As he did the research, he realized the extent of industrial pollution throughout Black Houston and began to organize other communities to fight it. The movement he began continues as local groups such as Air Alliance Houston and the Coalition for Environment, Equity, and Resilience (CEER) continue fighting the adverse effects of environmental racism and educating communities on environmental safety in the Bayou City.