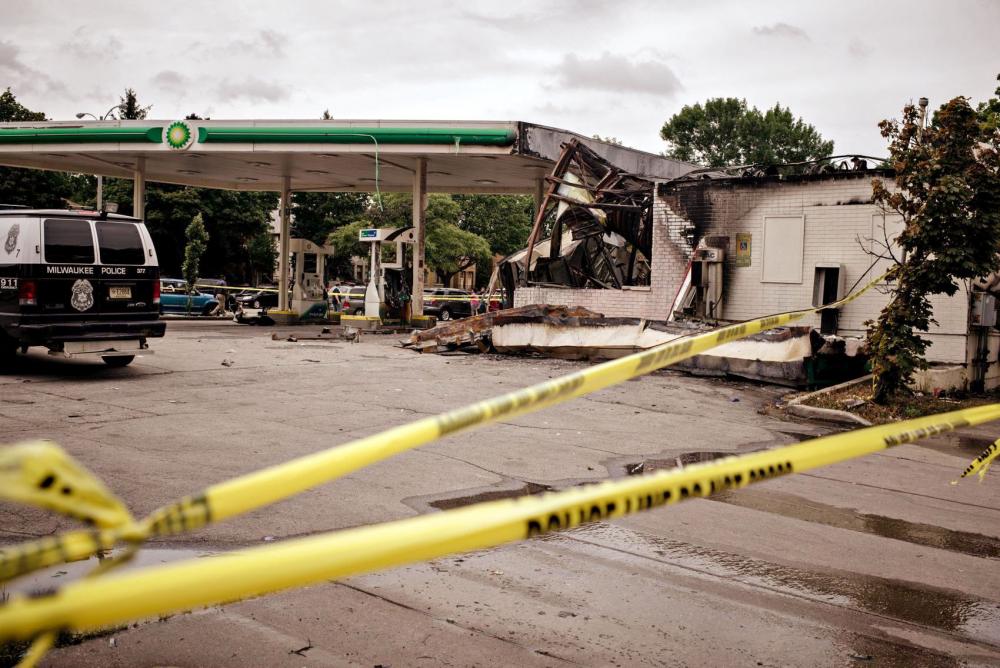 On the afternoon at 3:30 p.m. of Saturday, August 13, 2016, in the Sherman Park area of Milwaukee, Wisconsin, a 23-year-old black man, Sylville K. Smith, was shot and killed by a 24-year-old black police officer. Smith, along with another 23-year-old male, were pulled over by two officers.  They then fled from the vehicle, causing an on-foot chase. During the chase, Smith turned around toward one of the officers while holding a handgun. Smith was told to drop then gun, and, when he didn’t, the officer shot and killed him on the scene.

Hours after the shooting and killing of Smith, a crowd of at least 200 people and 150 police officers gathered in the streets of the Milwaukee neighborhood in an outrage to protest the death of Smith. Protesters became violent in their interactions with the police officers dressed in riot gear at the scene. Objects were thrown at police and their cars, striking an officer in the head who was transported to a hospital to be treated. Some police vehicles were set on fire. Windows of nearby buildings were smashed.

Protesters damaged six local businesses, including a beauty salon and auto parts store. A gas station was set ablaze at around 7 p.m., which could not immediately be put out by firefighters due to shots being fired throughout the crowd. Three people were in the store but escaped before the flames took over. A reporter and photographer on location were chased by protesters and assaulted by one in the crowd. A supermarket and liquor store were both set on fire.

During the riot, shots were fired in the air as well as throughout the crowd, eventually damaging police cars, including a military-style vehicle. A 16-year-old was hit by a gunshot in a crossfire with non-life-threatening injuries.

As the night went on, Mayor Tom Barrett asked the protesters to leave the area, but the crowds grew due to the use of social media by protesters. Wisconsin Governor Scott Walker alerted the National Guard, but they were not deployed to the city. Police officers had left briefly to come back in more riot gear and in larger numbers in an effort to disperse the crowd and end the protest.

The morning of Sunday, August 14, officers, community leaders, and residents came together to clean up the area. By Sunday evening, protesters sent threats to those volunteers, sparking more unrest that night. By the morning of Monday, August 15, the riot ended. Seventeen people were arrested, and four officers were injured but treated on the scene.