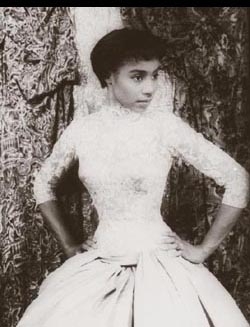 Bonjour. Good afternoon. Thank you for your gracious invitation to join this assembly of medical and scientific professionals who collectively, in my estimation, make up not only staggering brainpower, but also represent tremendous hope for a cure for cancer.

I just had the privilege — and I say this with great humility and sincerity — to sign The Charter of Paris Against Cancer. I read those ten articles that so simply, yet eloquently, articulate the principles of this summit, and let me tell you, I got a lump in my throat. These tenets that guide your work reach to the very core of human dignity and human rights. They are what every cancer patient depends on and deserves. As a cancer survivor, I praise your compassion and dedication, and thank you for the opportunity to publicly endorse The Charter.

I have a lot to be grateful for these days. I’ve had a long career in entertainment that has taken me onto countless stages and into millions of living rooms around the world. I am grateful to have spent a lifetime doing what I love: singing, entertaining and working hard for causes that I believe are important to all man- and womankind.

I am particularly grateful, however, to the heroes in my life who are responsible for my remission: my friends and family who loved me and supported me when I went from the spotlight of fame to the shadows of illness, and, indeed, to doctors and scientists like you who have devoted your lives to finding better, more humane treatments for the menace we call cancer.

We are waging a war here. Like any major military campaign, we need the attack power of many different armies. Clearly, our voices grow louder and our messages intensify when we work together, not apart in this common cause. This global partnership that is the World Summit Against Cancer is a perfect example of uniting our efforts and integrating our knowledge.

You are the true warriors, the ones out in the trenches giving your best — day in and day out. But the rest of us are fighting, too, waging our own battles against cancer or educating others so that they make informed decisions about their health care. We come from near and far, across all boundaries and in different tongues. We come in skins of varied colors, male and female, professional and patient. Most important, we come together as equal partners in a battle against an enemy that is silent and sly; one that when it rears its ugly head, ravages our bodies; one that too often claims the best of us.

But come together we do because we are all brothers and sisters on this God-given earth and we face a challenge that is too threatening to deny.

As warriors, we all know fear. We would be fools if we didn’t. But as I have found in life, fear is a great motivator. Hearing the words “You have cancer” are probably the most frightening, confusing, absolutely overwhelming words one can hear. When reality begins to sink in, you realize you have two choices: Give up the ship or muster the forces and fight like hell.

My diagnosis of breast cancer nearly three years ago stunned me. Having no family history of breast cancer, and having always been conscious about my diet and exercise, I had a false sense of security about cancer. “It won’t happen to me,” I thought. Well, you know what? It did. And when I heard that horrific word, I was confused, angry and temporarily disconnected from the reality of it. I feared for my life, and then for my career, which — whether justified or not — is intimately linked to beauty and wholeness.

But I learned that it helps to turn fear into action. In the war against cancer, we have the ability to arm ourselves with knowledge. Education is a powerful tool, and we are blessed to have information at our fingertips in this electronically connected world. We also have experts such as you who know the science, who push yourselves to the cutting edge of medicine in order to bring greater knowledge and treatment options to cancer patients. We also can take action by getting screened for some cancers, eating healthy diets and exercising. Taking that action and doing something positive ultimately replaces fear with hope.

Another way to take action and cope is to join the fight and help spread the word about cancer. People need to know that cancer does not have to be a death sentence. Education and prevention really can make a difference.

In my case, I made a conscious decision to expose my diagnosis to the public and allow it to serve as a learning experience not just for me, but also for thousands of women who can and will benefit from mammograms. My cancer was detected early because of a mammogram. I knew that the message of early detection was crucial.

Going public with my diagnosis was a gamble because, as I said, in my business, appearance is everything. And, unfortunately, cancer still carries a stigma, which certainly is compounded in the entertainment industry. But I have always been a truthful person, so it took only a short time to realize that my illness could do a lot of people a lot of good. I realized that if I could save just one life, my shared diagnosis would be worthwhile.

In fact, reaching out to others has been instrumental in my recovery from breast cancer. Knowing that I was not alone, being able to share my fears and hopes with others, and talking with both women and men about the impact of cancer on all of our lives made me feel like I was an integral part of the crusade. It gave me purpose.

Then the neatest thing happened. I was working on a project and three women who were working in the hotel I was staying at approached me one day to tell me that they had heard a radio public service announcement in which I encouraged women to get mammograms. Up until that time, these women had been too afraid to get screened. But because of me, and my message, they went for the mammograms. Amazingly, two of these three women were diagnosed with breast cancer, but their early diagnosis improved their chances of survival. In this case, I was just the messenger, but what a message to bear! I am so grateful that people are willing to listen.

Another saving grace in my recovery was the relationship I developed with my medical team, which included my gynecologist, oncologist, nurse, radiologist and radiation technician. Because of their team approach to my case, each player was properly informed about every decision and issue relating to my health. Then, that information was passed along to me, not as the observer, but as an active participant in the process.

Throughout my lumpectomy and nine weeks of radiation therapy, I never doubted that I was in the right hands. Even when my immune system was attacked and I developed several skin diseases, including chicken pox. I was made to feel like my case was unique and my feelings were special, not because I was a celebrity, but because I was a human being. They gave me what every person around the world deserves: comfort, courage, respect and the best that modern medicine had to offer.

So, if I sound grateful, it’s because I am. I’ve been hanging around the entertainment business for nearly five decades. God willing, I will be singing and dancing and acting my way into the hearts of men and women for many years to come. But, more important, I want to keep up the good fight, continue carrying important messages, and be around when we win this crusade against cancer. Ours is a mighty battle, but one worth every ounce of our courage and commitment, together.