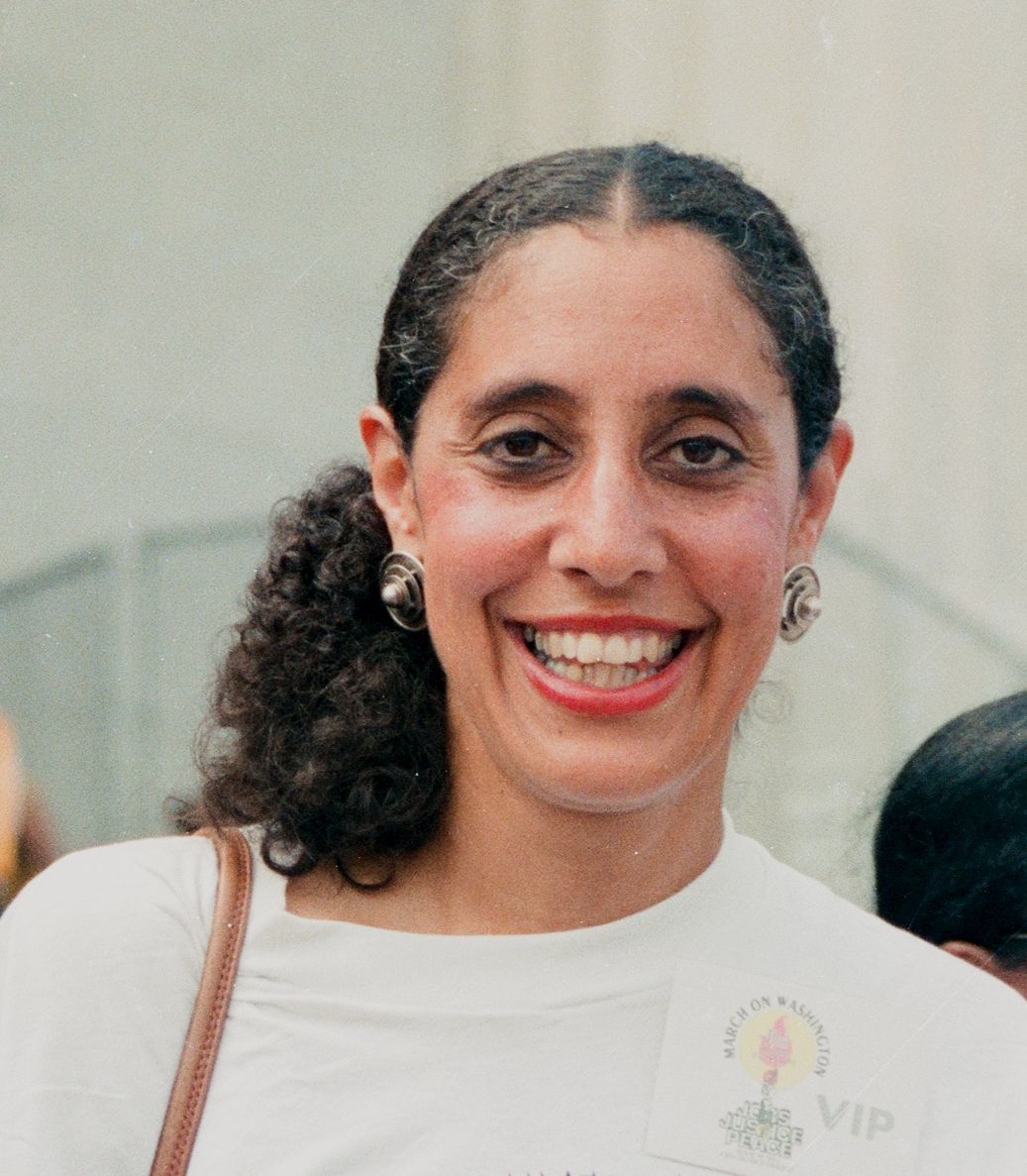 By 1993 Lani Guinier, a Yale Law School graduate, had crafted an impressive career as an NAACP attorney who specialized in voting rights cases, member of the law faculty at the University of Pennsylvania, and special assistant in the Civil Rights Division of the Justice Department in the Carter Administration.  In 1993 newly elected President Bill Clinton (whom she had met while both were Yale Law School students) nominated her to head the Civil Rights Division of the Justice Department in his administration.  The nomination, however, touched off a firestorm of protest by opponents who labeled her “the  quota queen” for her work to support voting districts that had black majorities.  In the face of that firestorm, President Clinton withdrew her nomination.  On June 4, 1993, Guinier responded with these words at a press conference.

HAD I BEEN ALLOWED to testify in a public forum before the United States Senate, I believe that the Senate would also have agreed that I am the right person for this job, a job some people have said I have trained for all my life.

I would like to thank all the Americans, those who have known me all my life and those who have only just heard of me, for their support and encouragement.

I am blessed with many loyal friends, fine colleagues, dedicated allies, and a wonderful husband and son. Their support has helped me to endure this process with some measure of dignity, and I am grateful.

I deeply regret that I shall not have the opportunity for public service in the Civil Rights Division. I am greatly disappointed that I have been denied the opportunity to go forward to be confirmed and to work closely to move this country away from the polarization of the last twelve years, to lower the decibel level of the rhetoric that surrounds race, and to build bridges among people of goodwill to enforce the civil rights laws on behalf of all Americans. In particular, I had been excited about the possibility of working closely with Attorney General Janet Reno, a woman of outstanding integrity, a woman of principle, a woman whose vision of a more just society has been an inspiration to us all. In many ways it is her example of strength and courage that has inspired me and has allowed me to remain true to my principles in the difficult days following the announcement of my nomination on April 29 [1993].

I have always wanted to be a civil rights lawyer. My father’s experience at Harvard College in 1929, as he recounted it to me, was an early lesson in the indignity and inhumanity of racism. My father was denied any financial aid on the grounds that one black student had already been awarded a full scholarship. He was not allowed to live in the dormitories on the grounds that no black, except the relative of a United States senator, had ever resided [there]. He was the victim of a racial quota, a quota of one. I have never been in favor of quotas. I could not be, knowing my father’s experience. My commitment to civil rights, to democratic fair play, to cross-racial coalition building, were all forged in the crucible of those memories.

I have been fortunate to have had the opportunity to pursue my ideals as a civil rights lawyer, first as a Civil Rights Division attorney and special assistant to Drew Days when he was head of the division in the Carter administration, and later as counsel for the NAACP Legal Defense Fund, where I litigated many cases and lost only two. In all my work I have been inspired by the civil rights movement of the 1960s, by the Voting Rights Act of 1965, and by the amendments to that act which I worked with Congress to produce in 1982, with the vision of those amendments of an integrated legislature in which all of its members work together for the common good.

I have been fortunate to have many heroes and mentors, heroes like Dr. Martin Luther King Jr., Justice Thurgood Marshall, and Judge Constance Baker Motley; mentors like Judge Damon Keith, Solicitor General Drew Days, former Ford administration transportation secretary William T. Coleman, and Elaine Ruth Jones, director counsel of the NAACP Legal Defense and Educational Fund. These are people who committed their hearts, their considerable intellectual energy, and their professional lives to a vision of a just society, a society in which America makes good on her promise to be a true, generous, and inclusive democracy.

I hope that what has happened to my nomination does not mean that future nominees will not be allowed to explain their views as soon as any controversy arises. I hope that we are not witnessing the dawning of a new intellectual orthodoxy in which thoughtful people can no longer debate provocative ideas without denying the country their talents as public servants. I also hope that we can learn some positive lessons from this experience, lessons about the importance of public dialogue on race, in which all perspectives are represented and in which no one viewpoint monopolizes, distorts, caricatures, or shapes the outcome.

Although the president and I disagree about his decision to withdraw my nomination, I continue to respect the president. We disagree about this, but we agree about many things. He believes in racial healing and so do I.  Last year in an interview with Bill Moyers, then candidate Bill Clinton was asked, “Is there one thing on which you would not compromise?” He answered, without flinching, “Yes-racial equality.” I believe that he and Attorney General Janet Reno will use the opportunity of this presidency to act on that commitment, to act affirmatively to move this country forward, to work with and for all Americans to go beyond the polarization and divisiveness of the past few years and the poison of racism that has so infected our society.

There are real problems affecting real people in this country, people who are still the victims of unlawful discrimination on the basis of their race, their ethnicity, their gender, their sexual orientation, or their disability. I hope that despite the unfairness of the way that I have been treated by the political process that people will, nevertheless, work within that system to resolve the more important unfairness that others continue to suffer in their daily lives. We have made real progress toward Dr. Martin Luther King’s vision of a society in which we are judged by the content of our character, not by the color of our skin, but we are not there yet, and we need real presidential leadership, action, not just words, to heal the racial hemorrhaging and to realize Dr. King’s dream, which is my dream, too. Thank you.