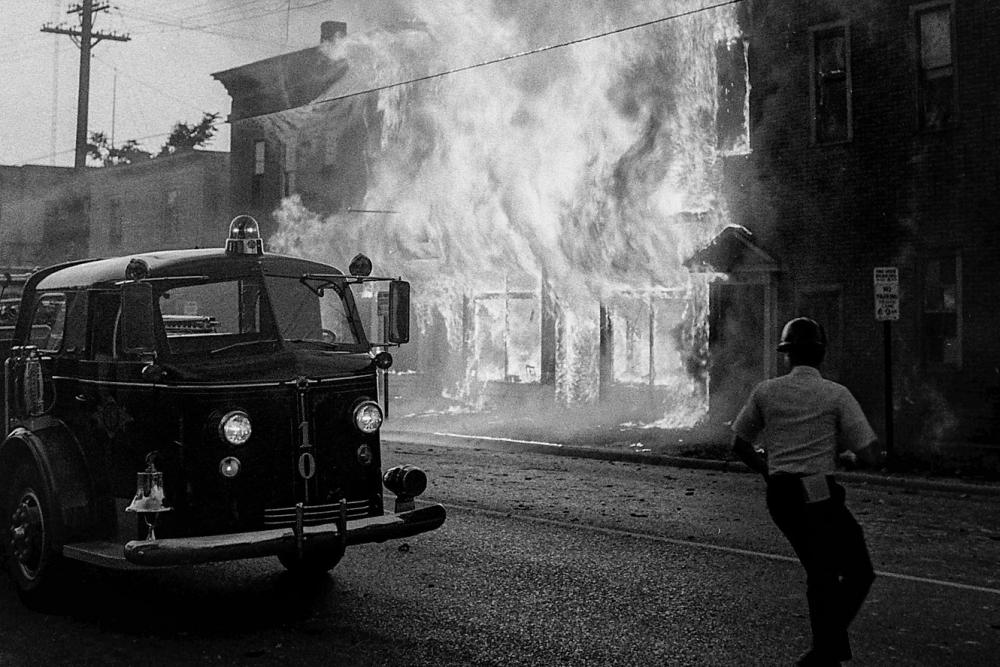 The 1967 Grand Rapids Uprising occurred on July 25, 1967 in a predominantly black and impoverished neighborhood in Grand Rapids, Michigan.  The uprising came only days after the much larger uprising in Detroit, Michigan but a post-riot official report titled “Anatomy of a Riot” written by the city’s Planning Department in November 1967, did not believe the two were related and that it was only a matter of time before the African American community in Grand Rapids would have exploded.

The official report detailed extreme poverty, joblessness, poor schooling and segregation as the causes for the frustration and unrest in the African American community.  Many African Americans complained of poor housing conditions which was exacerbated by “redlining,” a hidden practice to deny mortgages to people of color to keep them out of white neighborhoods. They also blamed poor educational conditions in the public schools and a lack of educational opportunity.  In addition, employment discrimination was rampant since many of the white-owned businesses in the area refused to hire black people.

Weeks before the uprising, police had begun to aggressively crack down on drugs and prostitution in the area escalating tensions between the community and police.  The night the uprising began, Grand Rapids police raided and shut down an illegal bar, forcing many of the bar’s patrons onto the street where they witnessed other police attempting to arrest a black youth who had stolen a car.  The youth had a broken arm and wore a cast.  As police tackled him to the ground, people began to accuse them of brutality against a “crippled Negro.” Crowds formed and people began throwing rocks and bottles at the police while singing “We Shall Overcome.”

By the second night, rioters had begun using Molotov cocktails to burn down many businesses and houses.  A curfew was imposed, liquor sales were banned and gasoline sales restricted.  Looters stole tires, furniture, appliances, liquor, and groceries.

A “white backlash” emerged on the second day of the uprising as some white residents of Grand Rapids acted as vigilantes to help contain the uprising to the black neighborhood.  Local police were overwhelmed by groups of rioters prompting Michigan Governor George Romney to send in the Michigan State Police, who had just been involved in suppressing the Detroit Uprising. By noon on Thursday July 27 the uprising had ended.

The official report on the riot noted that it was more of a protest against “forms of neglect, deprivation, arbitrary control and abuse than an actual riot.”  City officials acknowledged that more had to be done to help the African American community.

It was estimated that 1,000 people, both black and white, participated in the riot with 44 injuries, no deaths and 30 arrests.  Damage was estimated to be about $500,000, which now amounts to about $3.5 million when adjusted for inflation.