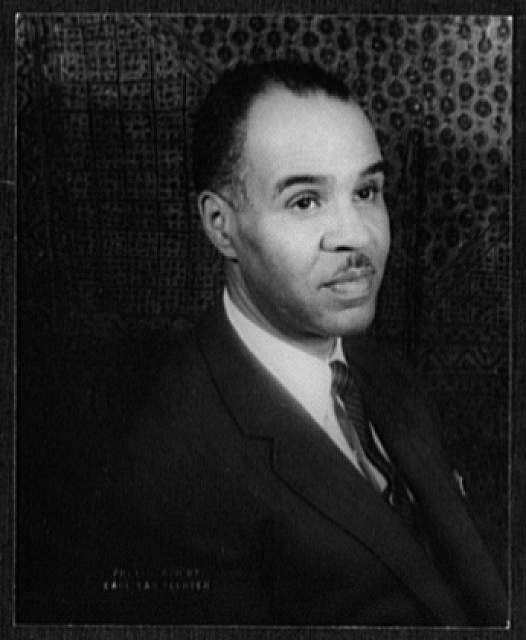 In 1957 Roy Wilkins, Executive Secretary of the National Association for the Advancement of Colored People (NAACP), was next to Rev. Martin Luther King, the most recognized civil rights leader in the nation.  In October of that year he addressed the Commonwealth Club of California five weeks after mobs in Little Rock, Arkansas, attempted to prevent nine black students from entering Central High School. The defiant governor, Orval Faubus, called on Arkansas National Guard troops to keep the students out, but President Dwight D. Eisenhower sent in federal troops to protect them. The school had been desegregated by a court order resulting from a 1954 landmark case, Brown v. Board of Education. Wilkins spoke on the crisis facing not only black Americans, but the future of the United States during the Cold War.

It is no exaggeration, I think, to state that the situation presented by the resistance to the 1954 decision of the United States Supreme Court in the public school segregation cases is fully as grave as any which have come under the scrutiny and study of the Commonwealth Club….

Little Rock brought the desegregation crisis sharply to the attention of the American people and the world. Here at home, it awakened many citizens for the first time to the ugly realities of a challenge to the very unity of our nation. Abroad, dealt a stab in the back to American prestige as the leader f the free world and presented our totalitarian enemies with made-to-order propaganda for use among the very nations and peoples we need and must have on the side of democracy . . .

The world cannot understand nor long respect a nation in which a governor calls out troops to bar little children from school in defiance of the Supreme Court of the land, a nation in which mobs beat and kick and stone and spit upon those who happen not to be white. It asks: “Is this the vaunted democracy? Is this freedom, human dignity and equality of opportunity? Is this fair play? Is this better than Communism?” No, the assertion that Little Rock has damaged America abroad does not call for sneers. Our national security might well hang in the balance….

The Negro citizens of our common country, a country they have sweated to build and died to defend, are determined that the verdict at Appomattox will not be renounced, that the clock will not be turned back, that they shall enjoy what is’ justly theirs….

Their little children, begotten of parents of faith and courage, have shown by their fearlessness and their dignity that a people will not be denied their heritage. Complex as the problem is and hostile as the climate of opinion may be in certain areas, Negro Americans are determined to press for not only a beginning, but a middle and a final solution, in good faith and with American democratic speed.
The Negro position is clear. Three years of intimidation o the meanest and most brutal of levels have not broken the’ ranks or shaken their conviction.

What of the rest of our nation? It must make a decision for morality and legality and move in support of it, not merely for the good of the Negroes, but for the destiny of the nation itself.

Already I have indicated that this is a new and dangerous world. This cold war is a test of survival for the West. The Soviet sputnik, now silent and barely visible, casts a shadow not lightly to be brushed aside. Can we meet the challenge Moscow in the sciences and in war with a country divided upon race and color? Can we afford to deny to any boy girl the maximum of education, that education which mean the difference between democratic life and totalitarian death? …

To deny our ability to achieve a just solution within the framework of our Declaration of Independence and our Bill of Rights is to deny the genius of Americans. To reject our moral precepts is to renounce our partnership with God in bringing the kingdom of righteousness into being here on earth.

We may falter and stumble, but we cannot fail.