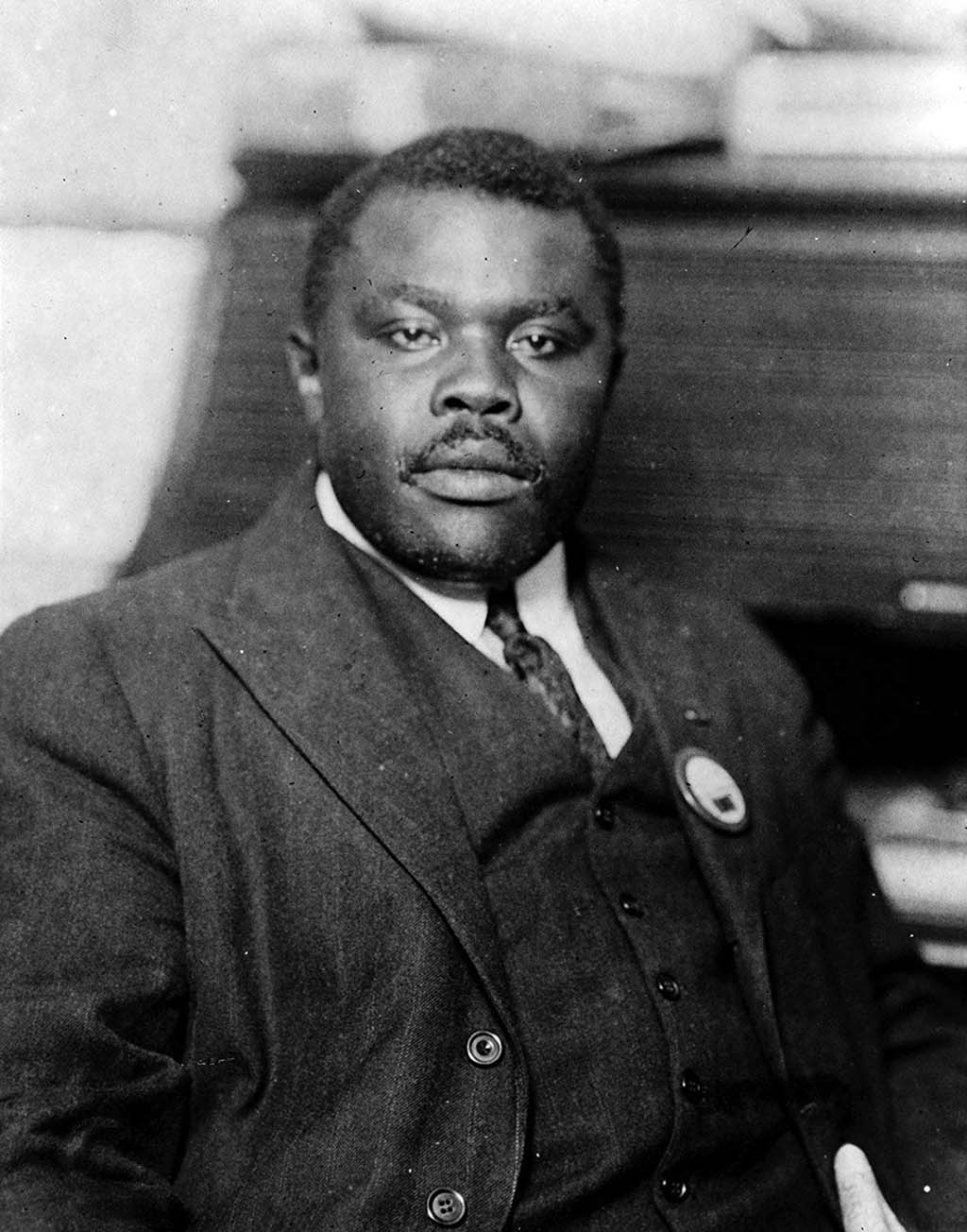 In 1923 Marcus Garvey was convicted on federal charges of mail fraud in connection with the sale of stock in the Universal Negro Improvement Association’s Black Star Line.  Sentenced to prison, Garvey delivered his last address before a crowd at Liberty Hall in New York City on June 17, 1923.  That speech appears below.

Among the many names by which I have been called, I was dubbed by another name a couple days ago.  The district Attorney, with whom I have been contesting the case for my liberty and for the existence of the Universal Negro Improvement Association, in his fervid appeal, in his passionate appeal, to the gentlemen of the jury last Friday cried out: “Gentlemen, will you let the tiger loose?”

The tiger is already loose, and he has been at large for so long that it is no longer one tiger, but there are many tigers.  The spirit of the Universal Negro Improvement Association has, fortunately for us, made a circuit of the world, to the extent that harm of injury done to any one, will in no way affect the great membership of this association or retard its great program.  The world is ignorant of the purpose of this association.  The world is ignorant of the scope of this great movement, when it things that by laying low any one individual it can permanently silence this great spiritual wave, that has taken hold of the souls and the hearts and minds of 4000,000,000 Negroes throughout the world.  We have only started; we are just on our way; we have just made the first lap in the great race for existence, and for a place in the political and economic sun of men.

Those of you who have been observing events for the last four or five weeks with keen eyes and keen perceptions will come to no other conclusion than this—that through the effort to strangle the Universal Negro Improvement Association—through the effort to silence Marcus Garvey—there is a mad desire, there is a great plan to permanently lay the Negro low in this civilization and in future civilizations.  But the world is sadly mistaken.  No longer can the Negro be laid low; in laying the Negro low you but bring down the pillars of creation, because 400,000,000 Negroes are determined to [be] a man, to take a place in the world and to hold that place.  The world is sadly mistaken and rudely shocked at the same time.  They thought that the new Negro would bend; they thought that the new Negro was only bluffing and would exhibit the characteristic of the old Negro when pushed to the corner or pushed to the wall.  If you want to see the new Negro fight, force him to the wall, and the nearer he approaches the wall the more he fights, and when he gets to the wall he is even more desperate.

I was amused when my friend, the District Attorney, said that he was more interested in Negroes than Marcus Garvey.  They are so accustomed to the old camouflage that they believe they can pleas it everywhere to the satisfaction of every Negro, and to everyone who comes in contact with them.  That is the old camouflage that made them our missionaries sixty years ago; it is the same camouflage that will not stand today.  It is impossible for a Negro to be more interested in a Jew than a Jew is interested in himself.  It is impossible for an Englishman to be more interested in an Irishman than that Irishman is in himself.  It is a lie for any Jew to say he is more interested in Negroes than Negroes are in themselves.  It is an unnatural lie to talk about one race being more interested in another race than that race is interested in itself.  But that only shows how desperate they are.  Sometimes we have to beware of Greeks bearing gifts. Unfortunately, I did not have the last world and therefore I was silenced after I placed my defense in; but, nevertheless, the world will know tomorrow the outcome of this case wherein Marcus Garvey and the Universal Negro Improvement Association is involved.  One way or the other, the world will not be disappointed.  There is no verdict that would disappoint me.  I tell you this, that there is to e no disappointment; if they were to give any other verdict than guilty, Marcus Garvey will be very much disappointed; Marcus Garvey knows them so well that Marcus Garvey will expect anything from them; so, whether they give a verdict of guilty or not guilty, it is immaterial to Marcus Garvey; the fight will just then be starting.

Now, understand this is a fight to the finish.  We are not fighting this great government, because all Negroes in America—all Negroes all over the world—know that the greatest democracy in the world is the American democracy; the greatest government in the world is the American republic.  We are not fighting America; we are fighting hypocrisy and lies, and that we are going to fight to the bitter end.  Now, understand we well, Marcus Garvey has entered the fight for the emancipation of a race; Marcus Garvey has entered the fight for the redemption of a country.  From the graves of millions of my forebears at this hour I hear the cry, and I am going to answer it even thought hell is cut loose before Marcus Garvey.  From the silent graves of millions who went down to make me what I am, I shall make for their memory this fight that shall leave a glaring page in the history of man.

They do not know what they are doing. They brought millions of black men from Africa who never disturbed the peace of the world, and they shall put up a constitutional fight, that shall write a page upon the history of human affairs that shall never be effaced until the day of judgment

I appreciate the splendid way in which you have behaved and conducted yourselves during the trial.  We shall observe to the letter the laws of the great country, but Africa shall tell the tale Marcus Garvey has no fear about going to jail.  Like Mac-Swiney or like Carson, like Roger Casement, like those who have led the fight for Irish freedom, so Marcus Garvey shall lead the fight for African freedom.

I repeat that if they think they can stamp out the souls of 400,000,000 black men, they make a tremendous and terrible mistake.  We are no longer dogs; we are no longer peons; we are no longer serfs—we are men.  The spirit that actuated George Washington in founding this great republic—the spirit that actuated the fathers of this great nation, is the spirit that actuates 6,000,000 black men who are at the present time members of the Universal Negro Improvement Association; it is the spirit that will actuate 400,000,000 Negroes in the redemption of their motherland, Africa.  Tell us about fear; we were not born with fear.  Intimidation does not drive fear into the soul of Marcus Garvey.  There is no fear, but the fear of God.  Man cannot drive fear into the heart of man, because man is but the equal of man.  The world is crazy and foolish if they think that they can destroy the principles, the ideas of the Universal Negro Improvement Association.