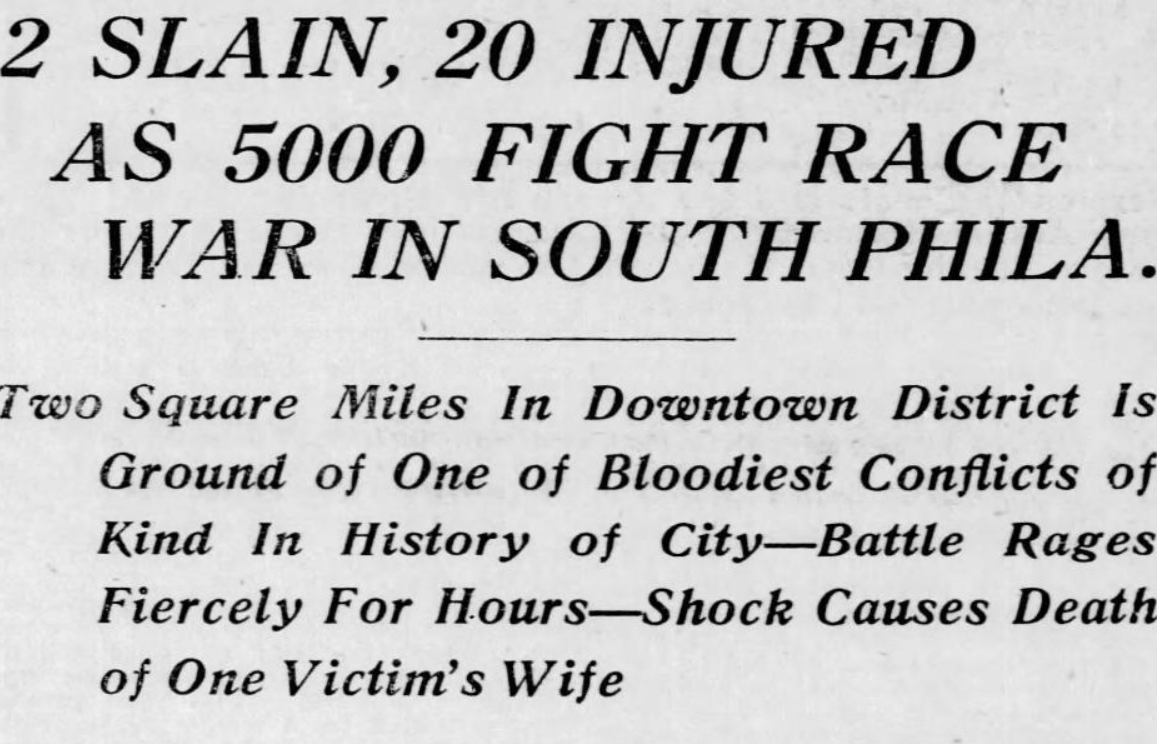 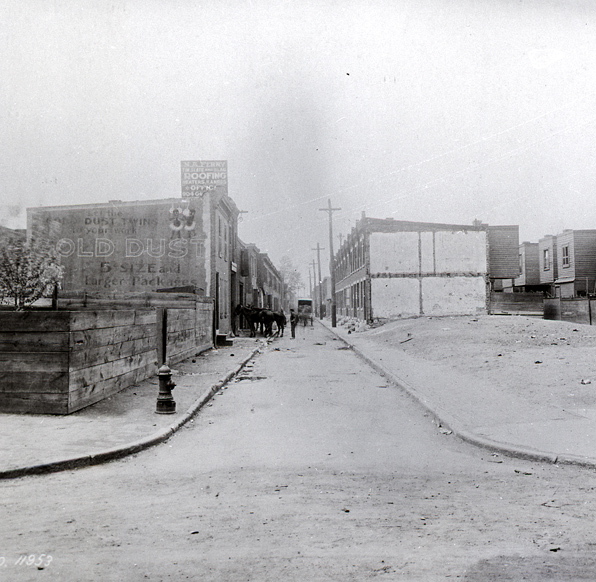 The 1918 Race Riot in Philadelphia, Pennsylvania began on July 26, 1918, two days after an African American woman, Adella Bond, moved into her new home in a primarily white area of South Philadelphia.  On the evening of the July 26, a large crowd of white people gathered outside Bond’s home.  As tensions rose within the crowd, someone threw a rock through Bond’s window.  Bond responded by firing a pistol into the air to call for help from the police but she unintentionally hit and injured Joseph Kelly, one of men in the crowd outside.  Rioting began in earnest with Kelly’s shooting and several people were arrested when the police arrived.

Rioting continued on Saturday, July 27 when a group of white men accused an African American man, William Box, of theft. Attempting to defend himself, Box cut one of his attackers on the arm.  His self-defense enraged the mob, who attacked him and attempted to lynch him, when police arrived and arrested Box for assault.

Additional clashes occurred between blacks and whites on July 28.  White mobs attacked African Americans throughout South Philadelphia, causing many injuries. Ironically two white men were shot to death during this violence.  By the end of the day, 250 police and volunteer police were patrolling the streets.

White attacks on black Philadelphians escalated on the fourth day of the riot, Monday, July 29, prompting Police Captain William Mills to close all saloons in the area and enlist the help of 65 sailors and 15 marines from the local federal arsenal.  The 29th also saw the only reported killing of a black man during the riot.  Riley Bullock was arrested by police officers Roy Ramsey and John Schneider.  While in police custody, Bullock was beaten and shot.  Ramsey and Schneider claimed he was shot by an escaping black inmate, but it was later proven that Bullock was shot with Ramsey’s gun.

Ramsey and Schneider were also involved in the beating of another black man that day, Preston Lewis, who was beaten so badly by the officers that he had to be taken a local hospital.  While in the hospital, Schneider began beating Lewis again and was restrained by other white and black police officers who stepped in and removed Schneider from the room.  Both Lewis’s and Bullock’s incidents would become the subject of racial tension between the Philadelphia police department and the city’s African American community in the years to come.

By July 30, the major rioting had subsided and only a few incidents were reported.  Over the four days of rioting, 60 African Americans were arrested, compared to only three whites, although many witnesses, black and white, claimed that whites were the main instigators.  Four people, three white and one black, were dead or would soon die and many more were injured.