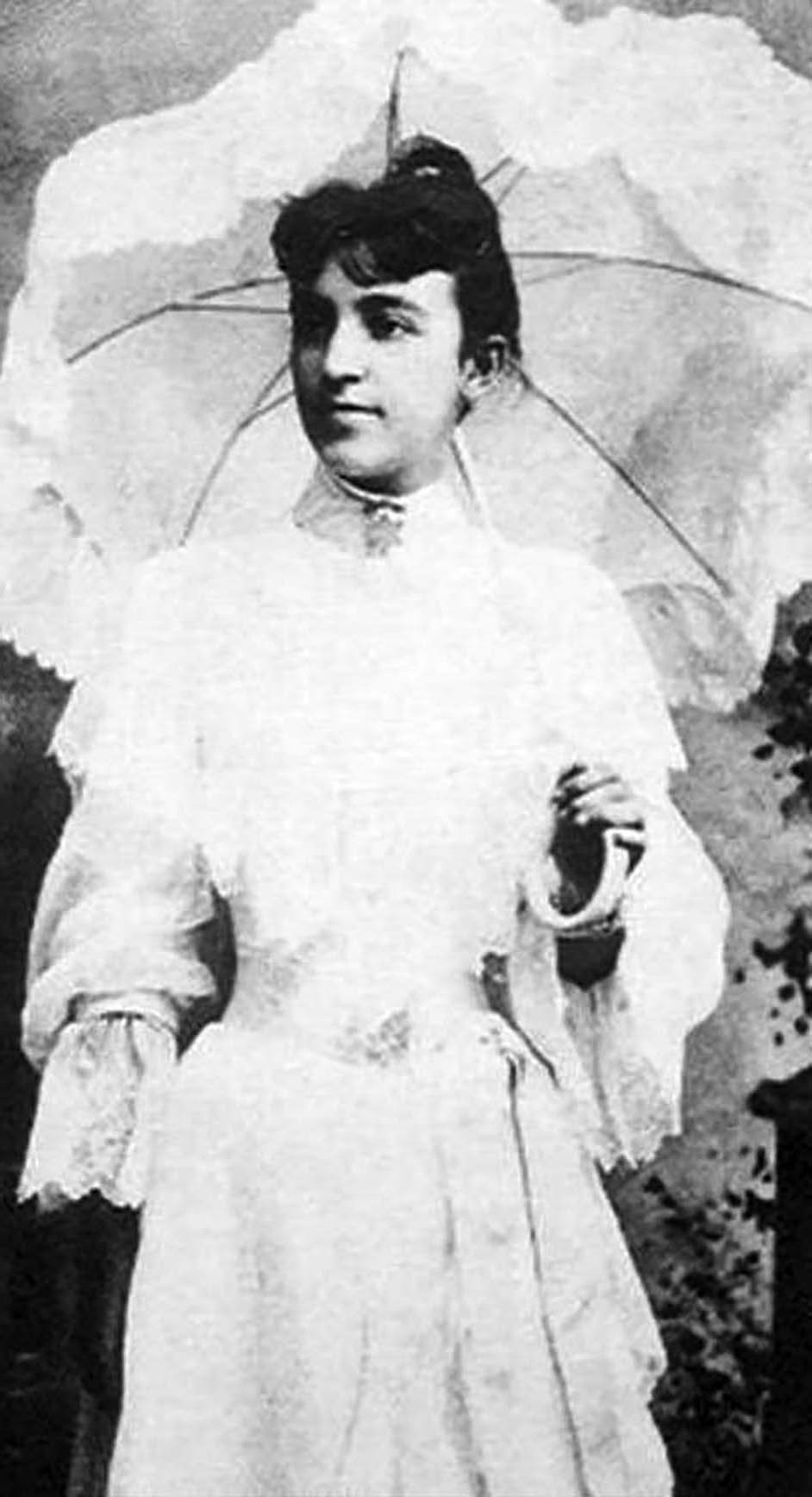 By 1906 Mary Church Terrell of Washington, D.C., had become one of the most prominent African American women in the nation.  Ten years earlier she was the first president of the National Association of Colored Women (NACW) and from 1895 to 1901 she was a member of the board of trustees of the District of Columbia public school system.  On October 10, 1906 she delivered a speech before the United Women’s Club of Washington, D.C.  That speech appears below.

Washington, D.C., has been called “The Colored Man’s Paradise.” Whether this sobriquet was given to the national capital in bitter irony by a member of the handicapped race, as he reviewed some of his own persecutions and rebuffs, or whether it was given immediately after the war by an ex-slaveholder who for the first time in his life saw colored people walking about like free men, minus the overseer and his whip, history saith not.  It is certain that it would be difficult to find a worse misnomer for Washington than “The Colored Man’s Paradise” if so prosaic a consideration as veracity is to determine the appropriateness of a name.

For fifteen years I have resided in Washington, and while it was far from being a paradise for colored people when I first touched these shores it has been doing its level best ever since to make conditions for us intolerable. As a colored woman I might enter Washington any night, a stranger in a strange land, and walk miles without finding a place to lay my head. Unless I happened to know colored people who live here or ran across a chance acquaintance who could recommend a colored boarding-house to me, I should be obliged to spend the entire night wandering about. Indians, Chinamen, Filipinos, Japanese and representatives of any other dark race can find hotel accommodations, if they can pay for them. The colored man alone is thrust out of the hotels of the national capital like a leper.

As a colored woman I may walk from the Capitol to the White House, ravenously hungry and abundantly supplied with money with which to purchase a meal, without finding a single restaurant in which I would be permitted to take a morsel of food, if it was patronized by white people, unless I were willing to sit behind a screen. As a colored woman I cannot visit the tomb of the Father of this country, which owes its very existence to the love of freedom in the human heart and which stands for equal opportunity to all, without being forced to sit in the Jim Crow section of an electric car which starts form the very heart of the city– midway between the Capital and the White House. If I refuse thus to be humiliated, I am cast into jail and forced to pay a fine for violating the Virginia laws….

As a colored woman I may enter more than one white church in Washington without receiving that welcome which as a human being I have the right to expect in the sanctuary of God….
Unless I am willing to engage in a few menial occupations, in which the pay for my services would be very poor, there is no way for me to earn an honest living, if I am not a trained nurse or a dressmaker or can secure a position as teacher in the public schools, which is exceedingly difficult to do. It matters not what my intellectual attainments may be or how great is the need of the services of a competent person, if I try to enter many of the numerous vocations in which my white sisters are allowed to engage, the door is shut in my face.

From one Washington theater I am excluded altogether. In the remainder certain seats are set aside for colored people, and it is almost impossible to secure others…. With the exception of the Catholic University, there is not a single white college in the national capitol to which colored people are admitted…. A few years ago the Columbian Law School admitted colored students, but in deference to the Southern white students the authorities have decided to exclude them altogether.

Some time ago a young woman who had already attracted some attention in the literary world by her volume of short stories answered an advertisement which appeared in a Washington newspaper, which called for the services of a skilled stenographer and expert typewriter….The applicants were requested to send specimens of their work and answer certain questions concerning their experience and their speed before they called in person. In reply to her application the young colored woman. . . received a letter from the firm stating that her references and experience were the most satisfactory that had been sent and requesting her to call. When she presented herself there was some doubt in the mind of the man to whom she was directed concerning her racial pedigree, so he asked her point-blank whether she was colored or white. When she confessed the truth the merchant expressed…deep regret that he could not avail himself of the services of so competent a person, but frankly admitted that employing a colored woman in his establishment in any except a menial position was simply out of the question….

Not only can colored women secure no employment in the Washington stores, department and otherwise, except as menials, and such positions, of course, are few, but even as customers they are not infrequently treated with discourtesy both by the clerks and the proprietor himself. . . .
Although white and colored teachers are under the same Board of Education and the system for the children of both races is said to be uniform, prejudice against the colored teachers in the public schools is manifested in a variety of ways. From 1870 to 1900 there was a colored superintendent at the head of the colored schools. During all that time the directors of the cooking, sewing, physical culture, manual training, music and art departments were colored people. Six years ago a change was inaugurated.  The colored superintendent was legislated out of office and the directorships, without a single exception, were taken from colored teachers and given to the whites….

Now, no matter how competent or superior the colored teachers in our public schools may be, they know that they can never rise to the height of a directorship, can never hope to be more than an assistant and receive the meager salary therefore, unless the present regime is radically changed….

Strenuous efforts are being made to run Jim Crow cars in the national capital…. Representative Heflin, of Alabama, who introduced a bill providing for Jim Crow street cars in the District of Columbia last winter, has just received a letter from the president of the East Brookland Citizens’ Association “indorsing the movement for separate street cars and sincerely hoping that you will be successful in getting this enacted into a law as soon as possible.” Brookland is a suburb of Washington.

The colored laborer’s path to a decent livelihood is by no means smooth. Into some of the trades unions here he is admitted, while from others he is excluded altogether. By the union men this is denied, although I am personally acquainted with skilled workmen who tell me they are not admitted into the unions because they are colored. But even when they are allowed to join the unions they frequently derive little benefit, owing to certain tricks of the trade. When the word passes round that help is needed and colored laborers apply, they are often told by the union officials that they have secured all the men they needed, because the places are reserved for white men, until they have been provided with jobs, and colored men must remain idle, unless the supply of white men is too small….

And so I might go on citing instance after instance to show the variety of ways in which our people are sacrificed on the altar of prejudice in the Capital of the United States and how almost insurmountable are the obstacles which block his path to success….

It is impossible for any white person in the United States, no matter how sympathetic and broad, to realize what life would mean to him if his incentive to effort were suddenly snatched away. To the lack of incentive to effort, which is the awful shadow under which we live, may be traced the wreck and ruin of score of colored youth. And surely nowhere in the world do oppression and persecution based solely on the color of the skin appear more hateful and hideous than in the capital of the United States, because the chasm between the principles upon which this Government was founded, in which it still professes to believe, and those which are daily practiced under the protection of the flag, yawn so wide and deep.

BlackPast, B. (2008, September 22). (1906) Mary Church Terrell, “What It Means to be Colored in the Capital of the U.S.”. BlackPast.org. https://www.blackpast.org/african-american-history/1906-mary-church-terrell-what-it-means-be-colored-capital-u-s/