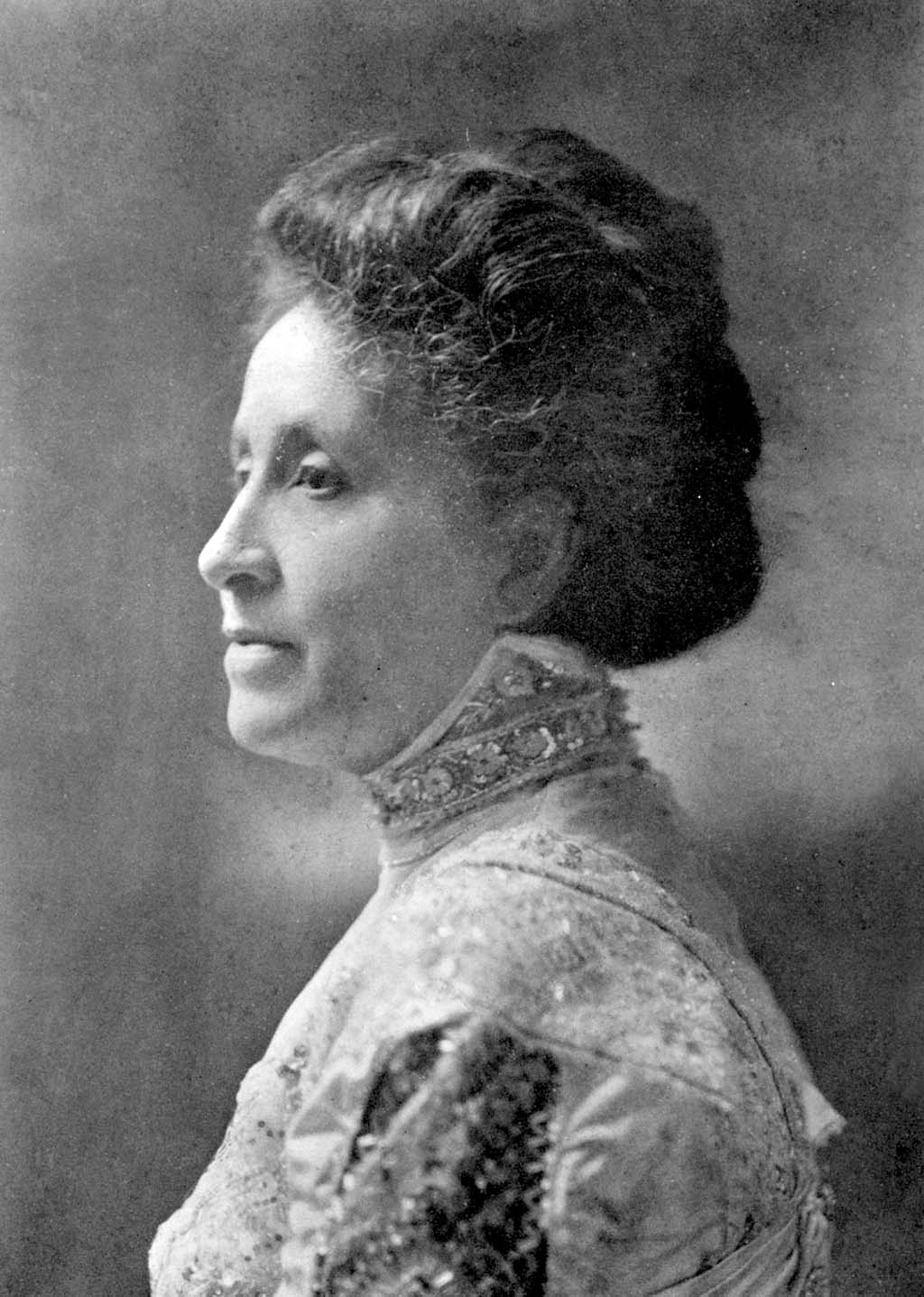 Mary Church Terrell, the daughter of former slaves, became by the beginning of the 20th century one of the most articulate spokespersons for women’s rights including full suffrage.  In 1896 she was elected president of the National Association of Colored Women and by 1910 she was a charter member of the newly formed National Association for the Advancement of Colored People (NAACP).  In the 1898 address below to the National American Woman’s Suffrage Association meeting celebrating the organization’s 15th anniversary in Washington D.C., she describes the specific challenges facing African American women and argues that education and religious faith are the safeguards against discrimination.

WHEN ONE CONSIDERS the obstacles encountered by colored women in their effort to educate and cultivate themselves, since they became free, the work they have accomplished and the progress they have made will bear favorable comparison, at least with that of their more fortunate sisters, from whom the opportunity of acquiring knowledge and the means of self-culture have never been entirely withheld. Not only are colored women with ambition and aspiration handicapped on account of their sex, but they are almost everywhere baffled and mocked because of their race. Not only because they are women, but because they are colored women, are discouragement and disappointment meeting them at every turn. But in spite of the obstacles encountered, the progress made by colored women along many lines appears like a veritable miracle of modern times. Forty years ago for the great masses of colored women, there was no such thing as home. Today in each and every section of the country there are hundreds of homes among colored people, the mental and moral tone of which is as high and as pure as can be found among the best people of any land.

To the women of the race may be attributed in large measure the refinement and purity of the colored home. The immorality of colored women is a theme upon which those who know little about them or those who maliciously misrepresent them love to descant. Foul aspersions upon the character of colored women are assiduously circulated by the press of certain sections and especially by the direct descendants of those who in years past were responsible for the moral degradation of their female slaves. And yet, in spite of the fateful heritage of slavery, even though the safeguards usually thrown around maidenly youth and innocence are in some sections entirely withheld from colored girls, statistics compiled by men not inclined to falsify in favor of my race show that immorality among the colored women of the United States is not so great as among women with similar environment and temptations in Italy, Germany, Sweden and France.

Scandals in the best colored society are exceedingly rare, while the progressive game of divorce and remarriage is practically unknown.

The intellectual progress of colored women has been marvelous. So great has been their thirst for knowledge and so Herculean their efforts to acquire it that there are few colleges, universities, high and normal schools in the North, East and West from which colored girls have not graduated with honor. In Wellesley, Vassar, Ann Arbor, Cornell and in Oberlin, my dear alma mater, whose name will always be loved and whose praise will always be sung as the first college in the country broad, just and generous enough to extend a cordial welcome to the Negro and to open its doors to women on an equal footing with the men, colored girls by their splendid records have forever settled the question of their capacity and worth. The instructors in these and other institutions cheerfully bear testimony to their intelligence, their diligence and their success.

As the brains of colored women expanded, their hearts began to grow. No Sooner had the heads of a favored few been filled with knowledge than their hearts yearned to dispense blessings to the less fortunate of their race. With tireless energy and eager zeal, colored women have worked in every conceivable way to elevate their race. Of the colored teachers engaged in instructing our youth it is probably no exaggeration to say that fully eighty percent are women. In the backwoods, remote from the civilization and comforts of the city and town, colored women may be found courageously battling with those evils which such conditions always entail. Many a heroine of whom the world will never hear has thus sacrificed her life to her race amid surroundings and in the face of privations which only martyrs can bear.

Through the medium of their societies in the church, beneficial organizations out of it and clubs of various kinds, colored women are doing a vast amount of good. It is almost impossible to ascertain exactly what the Negro is doing in any field, for the records are so poorly kept. This is particularly true in the case of the women of the race. During the past forty years there is no doubt that colored women in their poverty have contributed large sums of money to charitable and educational institutions as well as to the foreign and home missionary work. Within the twenty-five years in which the educational work of the African Methodist Episcopal Church has been systematized, the women of that organization have contributed at least five hundred thousand dollars to the cause of education. Dotted all over the country are charitable institutions for the aged, orphaned and poor which have been established by colored women. Just how many it is difficult to state, owing to the lack of statistics bearing on the progress, possessions and prowess of colored women.

Up to date, politics have been religiously eschewed by colored women, although questions affecting our legal status as a race are sometimes agitated by the most progressive class. In Louisiana and Tennessee colored women have several times petitioned the legislatures of their respective states to repel the obnoxious Jim-Crow laws. Against the convict-lease system, whose atrocities have been so frequently exposed of late, colored women here and there in the South are waging a ceaseless war. So long as hundreds of their brothers and sisters, many of whom have committed no crime or misdemeanor whatever, are thrown into cells whose cubic contents are less than those of a good size grave, to be overworked, underfed and only partially covered with vermin infested rags, and so long as children are born to the women in these camps who breathe the polluted atmosphere of these dens of horror and vice from the time they utter their first cry in the world till they are released from their suffering by death, colored women who are working for the emancipation and elevation of their race know where their duty lies. By constant agitation of this painful and hideous subject, they hope to touch the conscience of the country, so that this stain upon its escutcheon shall be forever wiped away.

Alarmed at the rapidity with which the Negro is losing ground in the world of trade, some of the farsighted women are trying to solve the labor question, so far as it concerns the women at least, by urging the establishment of schools of domestic science wherever means therefore can be secured. Those who are interested in this particular work hope and believe that if colored women and girls are thoroughly trained in domestic service, the boycott which has undoubtedly been placed upon them in many sections of the country will be removed. With so few vocations open to the Negro and with the labor organizations increasingly hostile to him, the future of the boys and girls of the race appears to some of our women very foreboding and dark.

The cause of temperance has been eloquently espoused by two women, each of whom has been appointed national superintendent of work among colored people by the Woman’s Christian Temperance Union. In business, colored women have had signal success. There is in Alabama a large milling and cotton business belonging to and controlled by a colored woman, who has sometimes as many as seventy-five men in her employ. Until a few years ago the principal ice plant of Nova Scotia was owned and managed by a colored woman, who sold it for a large amount. In the professions there are dentists and doctors whose practice is lucrative and large. Ever since a book was published in 1773 entitled “Poems on Various Subjects, Religious and Moral by Phillis Wheatley, Negro Servant of Mr. John Wheatley,” of Boston, colored women have given abundant evidence of literary ability. In sculpture we were represented by a woman upon whose chisel Italy has set her seal of approval; in painting by one of Bouguereau’s pupils and in music by young women holding diplomas from the best conservatories in the land. In short, to use a thought of the illustrious Frederick Douglass, if judged by the depths from which they have come, rather than by the heights to which those blessed with centuries of opportunities have attained, colored women need not hang their heads in shame. They are slowly but surely making their way up to the heights, wherever they can be scaled. In spite of handicaps and discouragements they are not losing heart. In a variety of ways they are rendering valiant service to their race. Lifting as they climb, onward and upward they go struggling and striving and hoping that the buds and blossoms of their desires may burst into glorious fruition ere long. Seeking no favors because of their color nor charity because of their needs they knock at the door of Justice and ask for an equal chance.