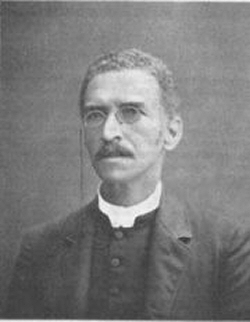 On November 20, 1898, Reverend Francis J. Grimke, pastor of the Fifteenth Street Presbyterian Church of Washington, D.C., delivered a sermon in which he denounced those African Americans who called for conservatism and accommodation. Grimke vowed that as long as African Americans were deprived of their full rights as citizens, they would continue to protest and agitate. His sermon, published in the Richmond (Virginia) Planet, a black weekly, appears below.

Lawlessness is increasing in the South. After thirty three years of freedom our civil and political rights are still denied us; the fourteenth and fifteenth amendments to the Constitution are still a dead letter. The spirit of oppression and injustice is not diminished but increasing. The determination to keep us in a state of civil and political inferiority, and to surround us with such conditions as will tend to crush out of us a manly and self respecting spirit, is stronger now than it was at the close of the war.

The fixed purpose and determination of the Southern whites is to negative these great amendments, to eliminate entirely the Negro as a political factor. And this purpose is intensifying, is growing stronger and stronger each year. The sentiment everywhere is: This is a white man’s government. And that means, not only that the whites shall rule, but that the Negro shall have nothing whatever to do with governmental affairs. If he dares to think otherwise, or aspires to cast a ballot, or to become anything more than a servant, he is regarded as an impudent and dangerous Negro; and according to the most recent declarations of that old slave holding and lawless spirit, all such Negroes are to be driven out of the South, or compelled by force, by what is known as the shot gun policy, to renounce their rights as men and as American citizens.

This is certainly a very discouraging condition of things, but the saddest aspect of it all is that there are members of our race and not the ignorant, unthinking masses, who have had no advantages, and who might be excused for any seeming insensibility to their rights, but the intelligent, the educated who are found condoning such offenses, justifying or excusing such a condition of things on the ground that in view of the great disparity in the condition of the two races, anything different from that could not reasonably be expected. Any Negro who takes that position is a traitor to his race, and shows that he is deficient in manhood, in true self respect.

If the time ever comes when the Negro himself acquiesces in that condition of things, then his fate is sealed and ought to be sealed. Such a race is not fit to be free. But, thank God, the cowardly, ignoble sentiment to which I have just alluded, while it may find lodgment in the breast of a few weak kneed, timeserving Negroes, is not the sentiment of this black race. No, and never will be.

During all these terrible years of suffering and oppression, these years of blood and tears, though he has been shot at, his property destroyed, his family scattered, his home broken up; though he has been forced to fly like the fugitive for his life before the hungry bloodhounds of Southern Democracy; although everything has been done to terrorize him, to keep him from the polls, he still stands up for his rights. In some cases he has stayed away; in others he has gone straightforward in the face of the bullets of the enemy; and has been shot down.

Hundreds of the men of our race have laid their lives down on Southern soil in vindication of their rights as American citizens. And shall we be told, and by black men, too, that the sacred cause for which they poured out their life’s blood is to be relinquished; that the white ruffians who shot them down were justified; that in view of all the circumstances it was just what was to have been expected, and therefore that virtually we have no reasonable grounds of complaint? Away with such treasonable utterances; treason to God; treason to man; treason to free institutions, to the spirit of an enlightened and Christian sentiment.

The Negro is an American citizen, and he never will be eliminated as a political factor with his consent. He has been terrorized and kept from the polls by bloody ruffians, but he has never felt that it was right; he has never acquiesced in it, and never will, as long as he lives. As long as there is one manly, self respecting Negro in this country, the agitation will go on, will never cease until right is triumphant. It is one thing to compel the Negro by force to stay away from the polls; it is a very different thing for the Negro himself, freely of his own accord, to relinquish his political rights. The one he may be constrained to do; the other he will not do.

Another discouraging circumstance is to be found in the fact that the pulpits of the land are silent on these great wrongs. The ministers fear to offend those to whom they minister. We hear a great deal from their pulpits about suppressing the liquor traffic, about gambling, about Sabbath desecration, and about the suffering Armenians, and about polygamy in Utah when that question was up, and the Louisiana lottery. They are eloquent in their appeals to wipe out these great wrongs, but when it comes to Southern brutality, to the killing of Negroes and despoiling them of their civil and political rights, they are, to borrow an expression from Isaiah, “dumb dogs that cannot bark.”  Had the pulpit done its duty, the Southern savages, who have been sinking lower and lower during these years in barbarism, would by this time have become somewhat civilized, and the poor Negro, instead of being hunted down like a wild beast, terrorized by a pack of brutes, would be living amicably by the side of his white fellow citizen, if not in the full enjoyment of all his rights, with a fair prospect, at least of having them all recognized.

This is the charge which I make against the Anglo American pulpit today; its silence has been interpreted as an approval of these horrible outrages. Bad men have been encouraged to continue in their acts of lawlessness and brutality.  As long as the pulpits are silent on these wrongs it is in vain to expect the people to do any better than they are doing.

BlackPast, B. (2007, January 29). (1898) Rev. Francis J. Grimke, “The Negro Will Never Acquiesce As Long As He Lives”. BlackPast.org. https://www.blackpast.org/african-american-history/1898-reverend-francis-j-grimke-negro-will-never-acquiesce-long-he-lives/