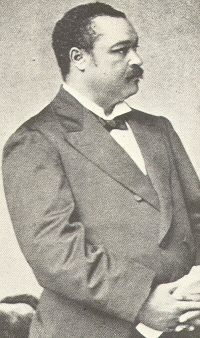 Senator Blanche K. Bruce, “Speech Before The Senate to Introduce a Resolution Appointing a Committee to Investigate Election Practices in Mississippi,” 1876

Blanche K. Bruce (1841-1898) was the first African American to serve a full term as a United States Senator. In February 1874, the Mississippi legislature elected Bruce to the U.S. Senate. Bruce focused on a number of state and national issues including the construction of levees along the Mississippi River, the development of a more humane and equitable federal Indian policy and the desegregation of the United States Army. However one of his most memorable addresses in Congress occurred in March 1876 when he called for a Senate investigation of the racial and political violence that marked the Mississippi gubernatorial election of 1875. That speech appears below.

The conduct of the late election in Mississippi affected not merely the fortunes of partisans—as the same were necessarily involved in the defeat or success of the respective parties to the contest—but put in question and jeopardy the sacred rights of the citizens; and the investigation contemplated in the pending resolution has for its object not the determination of the question whether the offices shall be held and the public affairs of that State be administered by democrats or republicans, but the higher and more important end, the protection in all their purity and significance of the political rights of the people and the free institutions of the country.

The evidence in hand and accessible will show beyond peradventure that in many parts of the State corrupt and violent influences were brought to bear upon the registrars of voters, thus materially affecting the character of the voting or poll lists; upon the inspectors of election, prejudicially and unfairly thereby changing the number of votes cast; and, finally, threats and violence were practiced directly upon the masses of voters in such measures and strength as to produce grave apprehensions for their personal safety and as to deter them from the exercise of their political franchises.

It will not accord with the laws of nature or history to brand colored people a race of cowards. On more than one historic field, beginning in 1776 and coming down to this centennial year of the Republic, they have attested in blood their courage as well as a love of liberty. I ask Senators to believe that no consideration of fear or personal danger has kept us quiet and forbearing under the provocations and wrongs that have so sorely tried our souls. But feeling kindly toward our white fellow-citizens, appreciating the good purposes and politics of the better classes, and, above all, abhorring a war of races, we determined to wait until such time as an appeal to the good sense and justice of the American people could be made.

The sober American judgment must obtain in the South as elsewhere in the Republic, that the only distinction upon which parties can be safely organized and in harmony with our institutions are differences of opinion relative to principles and policy of government, and that differences of religion nationality, or race can neither with safety nor propriety be permitted for a moment to enter into the party contests of the day. The unanimity with which the colored voters act with a party is not referable to any race prejudice on their pan. On the contrary, they invite the political cooperation of their white brethren, and vote as a unit because proscribed as such. They deprecate the establishment of the color line by the opposition, not only because the act is unwise and wrong in principle, but because it isolates them from the white men of the South, and forces them, in sheer self-protection and against their inclination, to act seemingly upon the basis of a race prejudice that they neither respect nor entertain. As a class they are free from prejudices, and have no uncharitable suspicions against their white fellow-citizens, whether native born or settlers from the Northern States. They not only recognize the equality of citizenship and the right of every man to hold, without proscription any position of honor and trust to which the confidence of the people may elevate him; but owing nothing to race, birth, or surroundings, they, above all other classes in the community, are interested to see prejudices drop out of both politics and the business of the country, and success in life proceed only upon the integrity and merit of the man who seeks it. . . . But withal, as they progress in intelligence and appreciation of the dignity of their prerogatives as citizens, they, as an evidence of growth begin to realize the significance of the proverb, “When thou doest well for thyself, men shall praise thee”; and are disposed to exact the same protection and concession of rights that are conferred upon other citizens by the Constitution, and that, too, without the humiliation involved in the enforced abandonment of their political convictions.

I have confidence, not only in this country and her institutions, but in the endurance, capacity, and destiny of my people. We will, as opportunity offers and ability serves, seek our places, sometimes in the field of letters, arts, sciences, and the professions. More frequently mechanical pursuits will attract and elicit our efforts; more still of my people will find employment and livelihood as the cultivators of the soil. The bulk of this people-by surroundings, habits, adaptation, and choice-will continue to find their homes in the South, and constitute the masses of its yeomanry. We will there probably, of our own volition and more abundantly than in the past, produce the great staples that will contribute to the basis of foreign exchange, aid in giving the nation a balance of trade, and minister to the wants and comfort and build up the prosperity of the whole land. Whatever our ultimate position in the composite civilization of the Republic and whatever varying fortunes attend our career, we will not forget our instincts for freedom nor our love of country.