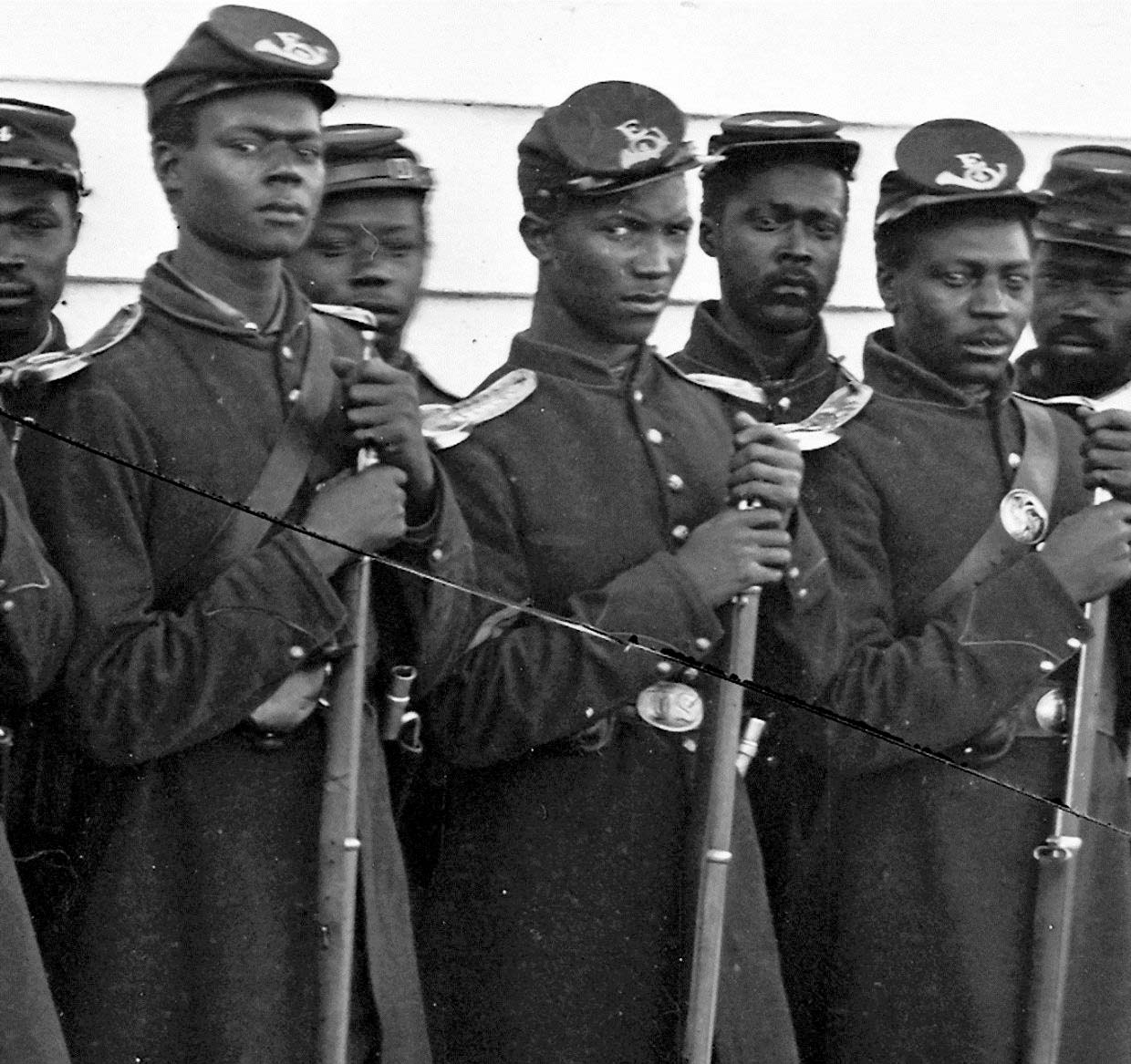 As African Americans entered the Union Army in early 1863, they quickly found that racial discrimination followed them. The pay differential was one of the most egregious Federal discriminatory policies. African American soldiers were paid $10 per month, $3 of which was deducted for clothing, while white privates received $13 per month plus a clothing allowance of $3.50. When Maryland, which had recently abolished slavery, was called upon to fill its quota for the Union army, a meeting of African American men was held in Baltimore, on February 29, 1864, at the Methodist Episcopal Sharp Street Church, to hear addresses encouraging black volunteers. The discussion, however, quickly turned from recruitment to pay when Rev. J. P. Campbell of Trenton, New Jersey, the main speaker, used the opportunity to mobilize pressure upon Congress to pass a bill equalizing the pay of black soldiers. On June 15, 1864, Congress finally provided equal pay for African American soldiers. Rev. Campbell’s speech is presented below.

IF WE ARE ASKED the question why it is that black men have not more readily enlisted in the volunteer service of the United States government since the door has been opened to them, we answer, the door has not been fairly and sufficiently widely opened. It has been opened only in part, not the whole of the way. That it is not sufficiently and fairly opened will appear from the action of the present Congress upon the subject of the pay of colored soldiers. It shows a strong disposition not to equalize the pay of soldiers without distinction on account of color.

When the news of the first gun fired upon the flag of the Union at old Sumter reached the North, the friends of the Union were called upon to defend that flag. The heart of the black man at that hour responded to the call. He came forward at once and offered his services to the government, and failed to act immediately, because he was denied the opportunity of so doing. He was met with the cold, stern and chilling rebuke, that this was not the Negro’s war, not a war upon slavery, and that in it the services of the Negro were not wanted; that slavery had nothing to do with the war, or the war with slavery; that it was purely a war for the safety of the Union and its preservation, without reference to the slavery question.

But the time came when it was thought that under very great restrictions, as by giving him unequal pay and restraining him from being an officer in the Army, the Negro might be allowed to bear arms. Afterward, the black man, saying nothing about office holding for the time being, asked the government to acknowledge the justice of his claim to equal pay with the white soldier and to recommend the same to the then ensuing Congress, to be made law. The government pledged itself to this recommendation, and many colored men enlisted upon the faith which they had in the government and the future good legislation of Congress upon the subject of giving to black soldiers equal pay and equal bounties with white soldiers, and that all other necessary and needed provisions would be to both the same. Congress met, and the good President Lincoln, with the excellent Secretary of War, Mr. Stanton, proved faithful to their promise. They laid the matter before Congress in their Annual Message and Report. But, alas, that honorable body hesitates to act, and that, too, while the country and its liberties are in danger and calamity by armed rebellion against the government.

Now, we say to our honorable Senators and Representatives in Congress, gentlemen, don’t be afraid to do the black man justice. He will not abuse your confidence in his fidelity to the Constitution and the Union. He will never prove himself a traitor by his acts. He will never prove himself to be unworthy of receiving at your hands the rights and privileges which justice and equity demand.

Give to the black man those simple demands set forth in this bill of particulars, and he will rush to the defense of his country by thousands. His heart within him pants for the opportunity to show himself a man, capable of discharging all the duties of a common manhood, in whatever sphere that manhood may be called to act. Here we are, by thousands and ten thousands, standing ready to move at the nod of your august and mighty fiat. The state of Maryland wants to fill up her last quota of men demanded by the call of the President. This, with a little more time allowed, may be done, if she will do justice to the black citizens of her own soil. They are strong men, and true to the country which gave them birth. They will be ready, at the first sound of the bugle, to fill up the balance of Maryland’s apportionment.

We want an equal chance to show our equal manhood and love for the Constitution and the Union. Under the above-named circumstances, we are standing ready to respond to the call of the government and go to defend our common country against the encroachment of an armed rebellion.

In conclusion, we ask the question, Will you have us? Will you accept of us upon equal terms with white men in the service of our country? We await, with deep solicitude and anxiety, the action of a government and people whom, with all their faults, we love, and whom we are willing to defend with our lives, liberty and sacred honor in common with white men. Will you have us so to do? That is the question. We ask for equal pay and bounty, not because we set a greater value upon money than we do upon human liberty, compared with which money is mere trash; but we contend for equal pay and bounty upon the principle that if we receive equal pay and bounty when we go into the war, we hope to receive equal rights and privileges when we come out of the war. If we go in equal in pay, we hope to come out equal in enfranchisement.

Is that an unreasonable hope or an unjust claim? It takes as much to clothe and feed the black man’s wife as it does the white man’s wife. It takes as much money to go to market for the black man’s little boys and girls as it does for the white man’s little boys and girls. We have yet to learn why it is that the black soldier should not receive the same compensation for labor in the service of his country that the white soldier receives. There is no financial embarrassment, as in the case of Mr. Jefferson Davis’ government at Richmond. Our great and good financier, Mr. Salmon P. Chase, Secretary of the Treasury, has money enough to carry on the war, and some millions of gold and silver to sell. Give us equal pay, and we will go to the war—not pay on mercenary principles, but pay upon the principles of justice and equity.