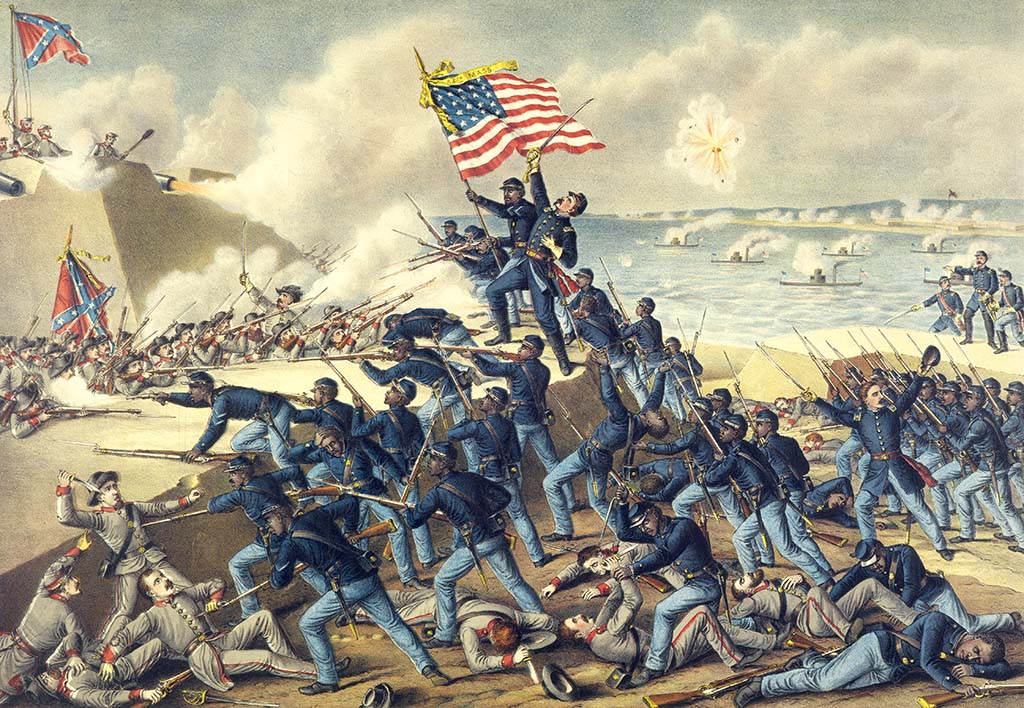 By September, 1863 African American men were entering their ninth month of service in the United States Army. They had already shown their valor at Fort Wagner in South Carolina and Port Hudson in Louisiana as well as dozens of other battle sites from Virginia to the Indian Territory. Hundreds of them had already died in battle or in other war-related service.

On September 8, 1863, the Young Men’s Literary Association together with the citizens of Chicago, Illinois gathered at Bethel Church to pay respect to a former member, Sergeant Joseph Wilson, of the Fifty-fourth Massachusetts Regiment of Colored Volunteers, who had lost his life in the charge on Fort Wagner, “manfully fighting ‘to uphold his country’s banner.'” J. Stanley delivered a tribute to Sergeant Wilson. That tribute appeared in the Christian Recorder on September 23, 1863 and is reprinted below.

THREE YEARS AGO, Joseph Wilson came among us an entire stranger, an obscure young man. At the formation of the Y.M.L. Association he became one of its first members. We found him modest and unpresuming. Wherever he was called upon to serve the Association, either as an officer or committeeman, he cheerfully assented. Feeling the want of early advantages, he ever manifested a strong desire for all useful information and instruction. The deceased, prior to the breaking-out of the rebellion, interested himself in a corps of citizen soldiery. Here the genius of the man developed itself; he excelled his companions in the healthy exercise of drilling; on this subject his mind was clear and comprehensive; in a word, he was a natural soldier.

When the Commonwealth of Massachusetts sent her agents to Illinois to recruit men for her colored regiments, Joseph Wilson was the first to enroll his name for the gallant Fifty-fourth. Need I tell you, fellow citizens, that the Fifty-fourth have won for themselves and their race imperishable honor? Need I tell you they have forever settled the question that colored men can and will fight? Yes, through God they have proved their fighting qualities, and have hurled into the teeth of their enemies the base and foul calumny that we are incapable of defending ourselves and the government which has so long oppressed us. If you ask for proof of this assertion, I shall with pride refer you to the victories achieved by colored troops in Kansas, at New Orleans, Milliken’s Bend, on the coast of Florida, Port Hudson, and last, but not least, in South Carolina, where the brave and gallant Wilson fell in front of Fort Wagner. Imagine you see the commanding general placing to the right and advance of the column a regiment of colored men that has never seen service nor stood in front of an enemy? Why was such an honor conferred upon black men? And why were they selected from among the thousands of their white companions in arms, who had fought on many a field of battle? What motive prompted General Gilmore to place Colonel Shaw’s command where death and destruction awaited them? . . .

He believed in the efficiency of the colored men whom he placed in front of his advancing columns; he knew well the danger to be met, the great labor to be performed; and it required men fearless of all consequences, whose souls were deeply imbued with the wrongs heaped upon them, to undertake this gigantic work. What has been the result?

We are told that upon that colored regiment was concentrated the fire of ten thousand rebels, from a battery impregnable–yet those men composing the Fifty-fourth Regiment, and in the face of a most deadly fire, attempted to storm the fort. The order was given to advance. On they went through a hail storm of shot and shell, trampling over the dead bodies of their comrades, until they reached the rebel parapets.

Their numbers being small, compared to their enemies, they were compelled to fall back; again and again they advanced to their work of death. Three successive times they mounted the parapet and called for reinforcements, but none came. Their only alternative was to give up the position won, which had cost so much labor, blood and sacrifice of life. Over six hundred of their number fell, to rise no more. Among them was the gallant Sergeant Wilson. But he met his fate like a hero and soldier. Singlehanded, he contended with four powerful cavalrymen until three of that number were made to bite the dust, and at his feet lay cold in death. But with strength exhausted, and no friend near to lend a helping hand, the fourth, demonlike, rushed upon him and took his life. Let the memory of Joseph Wilson be engraved on the heart of every colored man who has felt the strong arm of oppression.

Behold what a spectacle is presented to the world by the colored race of this country. It ought to excite the sympathy and compel the admiration of men and angels. Doomed through long centuries of barbarism to all the degradations of slavery, we find many of our people, with singular unanimity, forgetting their unnumbered wrongs and the powerful provocations to revenge, coming heartily to the support of the Union cause; and, by their fidelity, their courage and their Christian forgiveness of all they have suffered, trying to win some higher and better place, some recognition, however faint, in the estimation of those by whom they have been oppressed.

They ask only a chance to prove their manhood. Ignorant and debased as we are by what we have endured and suffered, we still entreat them by all that is patriotic in government and sacred in religion to be the witnesses of what we will and can do, to establish our claims to be recognized as men worthy of a chance in the wide world to earn our bread, worthy of the enjoyment of the commonest right, the right to own ourselves.

On many a bloody field, at the head of many a desperate charge, in many a hazardous venture, their regiments have done deeds that white men, with all their boasting, might envy. Their true heroism is as much in their mercy and forgiveness of centuries of intolerable outrage and injury as in their readiness to encounter a new and more infernal slavery, the torture of the whip and faggot, and a lingering and cruel death in defense of the right.