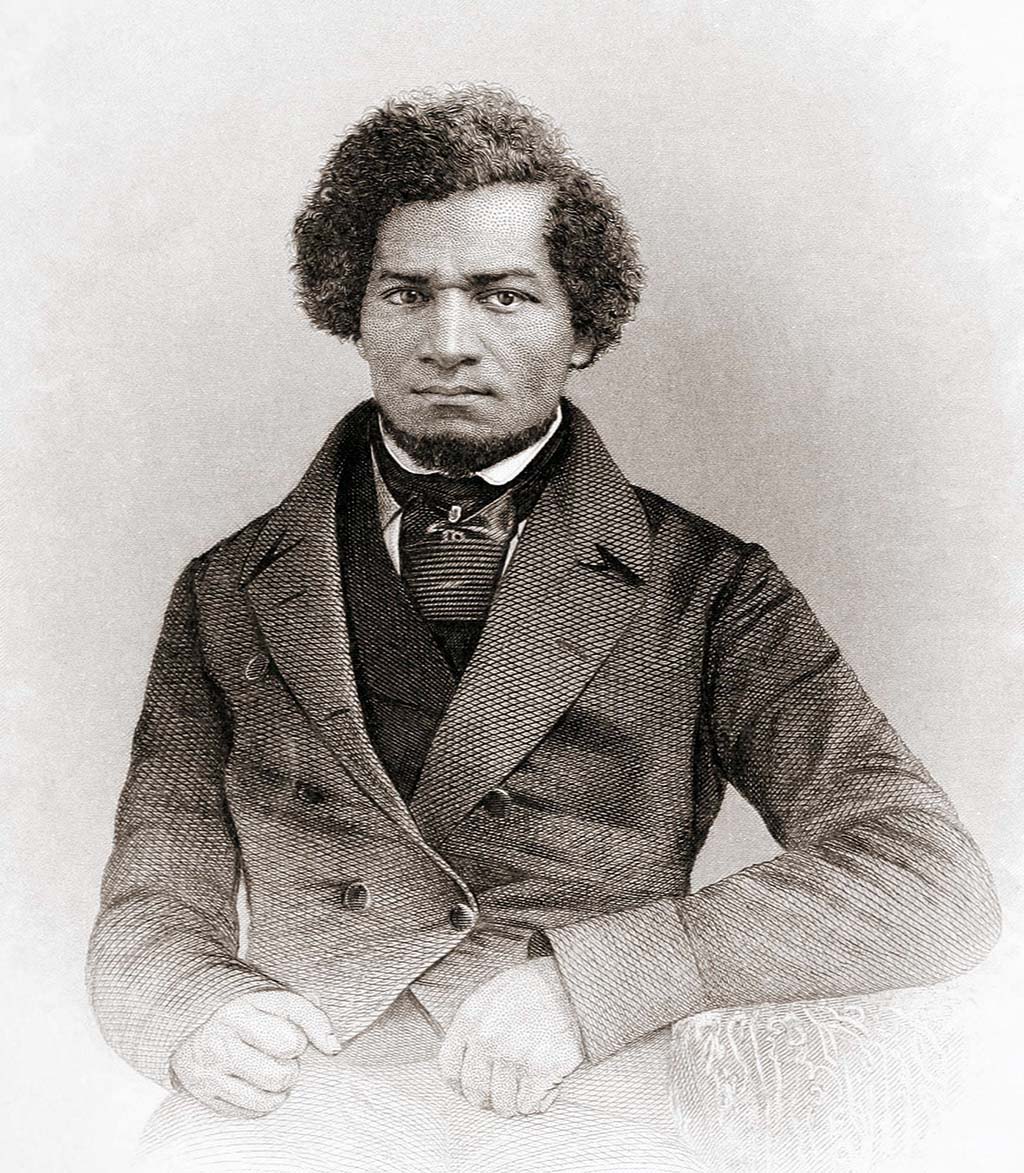 Frederick Douglass would eventually become one of the most skilled and powerful orators of his day.  In 1841, three years after he escaped slavery and settled in New Bedford, Massachusetts, 34-year-old Douglass gave a brief speech on a situation he had not anticipated, racial prejudice in Northern churches.  His brief speech appears below.

At the South I was a member of the Methodist Church. When I came north, I thought one Sunday I would attend communion, at one of the churches of my denomination, in the town I was staying. The white people gathered round the altar, the blacks clustered by the door. After the good minister had served out the bread and wine to one portion of those near him, he said, “These may withdraw, and others come forward;” thus he proceeded till all the white members had been served. Then he took a long breath, and looking out towards the door, exclaimed, “Come up, colored friends, come up! for you know God is no respecter of persons!” I haven’t been there to see the sacraments taken since.

At New Bedford, where I live, there was a great revival of religion not long ago—many were converted and “received” as they said, “into the kingdom of heaven.” But it seems, the kingdom of heaven is like a net; at least so it was according to the practice of these pious Christians; and when the net was drawn ashore, they had to set down and cull out the fish. Well, it happened now that some of the fish had rather black scales; so these were sorted out and packed by themselves. But among those who experienced religion at this time was a colored girl; she was baptized in the same water as the rest; so she thought she might sit at the Lord’s table and partake of the same sacramental elements with the others. The deacon handed round the cup, and when he came to the black girl, he could not pass her, for there was the minister looking right at him, and as he was a kind of abolitionist, the deacon was rather afraid of giving him offense; so he handed the girl the cup, and she tasted. Now it so happened that next to her sat a young lady who had been converted at the same time, baptized in the same water, and put her trust in the same blessed Saviour; yet when the cup containing the precious blood which had been shed for all, came to her, she rose in disdain, and walked out of the church. Such was the religion she had experienced!

Another young lady fell into a trance. When she awoke, she declared she had been to heaven. Her friends were all anxious to know what and whom she had seen there; so she told the whole story. But there was one good old lady whose curiosity went beyond that of all the others—and she inquired of the girl that had the vision, if she saw any black folks in heaven? After some hesitation, the reply was, “Oh! I didn’t go into the kitchen!”

Thus you see, my hearers, this prejudice goes even into the church of God. And there are those who carry it so far that it is disagreeable to them even to think of going to heaven, if colored people are going there too. And whence comes it? The grand cause is slavery; but there are others less prominent; one of them is the way in which children in this part of the country are instructed to regard the blacks.
“Yes!” exclaimed an old gentleman, interrupting him— “when they behave wrong, they are told, ‘black man come catch you.'”

Yet people in general will say they like colored men as well as any other, but in their proper place! They assign us that place; they don’t let us do it for ourselves, nor will they allow us a voice in the decision. They will not allow that we have a head to think, and a heart to feel, and a soul to aspire. They treat us not as men, but as dogs—they cry “Stu-boy!” and expect us to run and do their bidding. That’s the way we are liked. You degrade us, and then ask why we are degraded—you shut our mouths, and then ask why we don’t speak—you close our colleges and seminaries against us, and then ask why we don’t know more.

But all this prejudice sinks into insignificance in my mind, when compared with the enormous iniquity of the system which is its cause—the system that sold my four sisters and my brothers into bondage—and which calls in its priests to defend it even from the Bible! The slaveholding ministers preach up the divine right of the slaveholders to property in their fellow- men. The southern preachers say to the poor slave, “Oh! if you wish to be happy in time, happy in eternity, you must be obedient to your masters; their interest is yours. God made one portion of men to do the working, and another to do the thinking; how good God is! Now, you have no trouble or anxiety; but ah! you can’t imagine how perplexing it is to your masters and mistresses to have so much thinking to do in your behalf! You cannot appreciate your blessings; you know not how happy a thing it is for you, that you were born of that portion of the human family which has the working, instead of the thinking to do! Oh! how grateful and obedient you ought to be to your masters! How beautiful are the arrangements of Providence! Look at your hard, horny hands—see how nicely they are adapted to the labor you have to perform! Look at our delicate fingers, so exactly fitted for our station, and see how manifest it is that God designed us to be His thinkers, and you the workers—Oh! the wisdom of God!” —I used to attend a Methodist church, in which my master was a class leader; he would talk most sanctimoniously about the dear Redeemer, who was sent “to preach deliverance to the captives, and set at liberty them that are bruised” —he could pray at morning, pray at noon, and pray at night; yet he could lash up my poor cousin by his two thumbs, and inflict stripes and blows upon his bare back, till the blood streamed to the ground! all the time quoting scripture, for his authority, and appealing to that passage of the Holy Bible which says, “He that knoweth his master’s will, and doeth it not, shall be beaten with many stripes!” Such was the amount of this good Methodist’s piety.