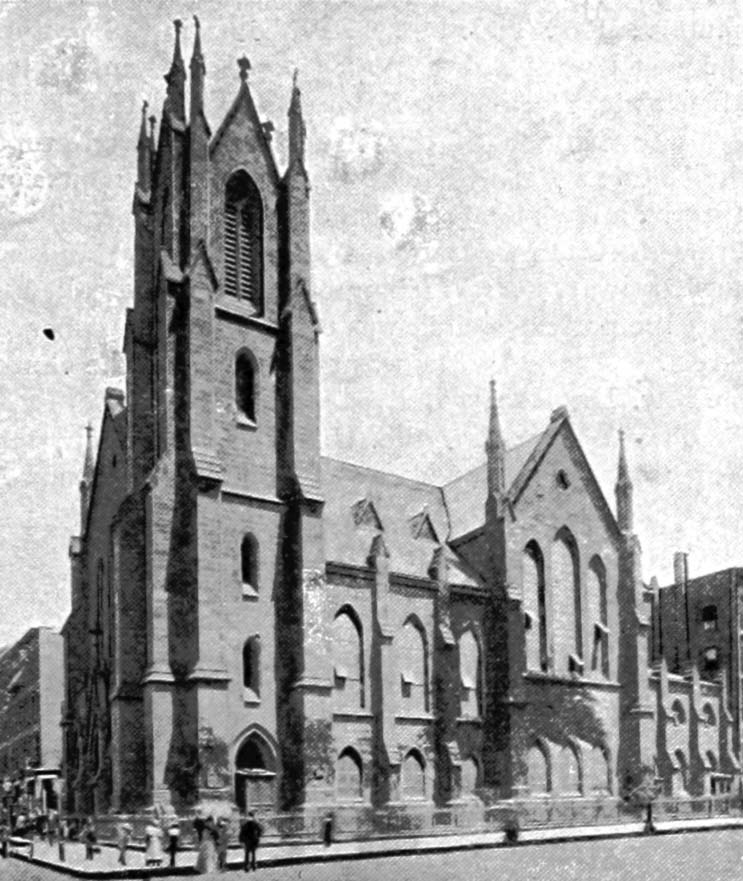 Andrew Harris, (1810-1841), graduated from the University of Vermont in 1838. One year later in an address delivered to nearly five thousand abolitionists at New York City’s Broadway Tabernacle on May 7, 1839, young Harris argued that slavery in the South influenced racism in the North. He was particularly mindful of his own situation, having been denied admission to Union and Middlebury Colleges because of his race. Harris’s speech appears below.

It is with no pleasant feeling, said he, that I stand here to speak in relation to the wrongs of a portion of the inhabitants of this country, who, by their complexion, are identified with myself. It is with feeling of great responsibility that I stand here as their representative.

Who of our Pilgrim fathers, when they entered ship, and committed themselves to the waves—when the breeze carried back the echo of their songs, ever thought the day would come, when an assembly like this would meet on the island of Manhattan, for such an object? Who would then have supposed, that the oppression and wrongs of millions in this country, would have been so great as to call together an audience like this? If an inhabitant of another world should enter one of these doors, and look abroad upon these thousands, and ask, “For what are you assembled?” and the voice of this multitude should be heard in answer, “We have come to hear and converse about the wrongs of our fellow men;” would he esteem it a light or trifling thing, which has brought this audience together?

But from whence spring these wrongs? The original source from which they spring, is the corruption of the human heart. The beginning of its development is slavery. Shall I again point to the South, and depict the sufferings of the slave? If the groans and sighs of the victims of slavery could be collected, and thrown out here in one volley, these walls would tremble, these pillars would be removed from their foundations, and we should find ourselves buried in the ruins of the edifice. If the blood of the innocent, which has been shed by slavery, could be poured out here, this audience might swim in it—or if they could not swim they would be drowned. If the tears that slavery has caused to be shed, were poured out here, there might be a sea on which to ply the oar in exercise of sport and diversion. But this is not all—the anguish produced by separation of husband and wife, children and parents, and the scourges of the defenseless and unoffending slave, are a fathomless sea, and an ocean without a shore.

But slavery does not stop here. It presses down upon the free people of color. Its deadly poison is disseminated from the torrid regions of the South to the frigid North. We feel it here. Yet, with all this, if the colored man is vicious, or if he is not elevated, it is set down to his natural stupidity and depravity, and the argument is raised that he belongs to an inferior race. The colored people are also charged with want of desire for education and improvement; yet, if a colored man comes to the door of our institutions of learning, with desires ever so strong, the lords of these institutions rise up and shut the door; and then you say we have not the desire nor the ability to acquire education. Thus, while the white youth enjoy all these advantages, we are excluded and shut out, and must remain ignorant. It is natural to suppose, then, that there should be more crime among us. But is this crime properly chargeable to the colored man, as evidence of the vicious propensities of his race?

Again, in the social relations of life, wrongs are inflicted upon us that are grievous and heavy to be borne, and we must fold our arms and bear it. But even this is thrown out as a taunt against us, that we do not speak of our wrongs, as evidence that we are too stupid and degraded to feel them: while, if we rise to defend ourselves and to plead our cause, the torch and the brick-bat are poured out as arguments on the other side. As a specimen, I will mention what I experienced in my passage to this city, from the city of “brotherly love,” so called; but as to the claim it has upon that title, I leave the ruins of Pennsylvania Hall to answer. On the way, they refused to give the colored man a seat, but put him up in boxes, as they would monkeys or wild geese. And why was this? Was it because he had no money? No. Was it because he was not decently clad? No. Was it because he was an idiot, and they feared he would annoy the company with his foolishness? No–it is because he has the complexion which God has given him. The bible says the love of money is the root of all evil; and if the love of money is a predominant passion anywhere, it is in this land. Yet, without disputing the correctness of the declaration, it seems to me that slavery had developed a passion in the human heart that is stronger than the love of money; for they refuse to gratify this disposition which the bible says is the root of all evil, through the influence of that still deeper root of evil, prejudice.

Again: the colored man is deprived of the opportunity of obtaining those situations in society which his enemies say he ought to hold, if capable. If he wishes to be useful as a professional man, a merchant or a mechanic, he is prevented by the color of his skin, and driven to those menial employments which tend to bring us more and more into disrepute.

The church itself was not free from participation in the general guilt of oppressing the black man. He feared that some of her pastors would in the great day, have the Judge say to them, “though ye have cast out devils in my name, yet this devil of prejudice you have not cast out of your own hearts—and though you may have done many wonderful works, one great work, that of emancipating the slave, ye have left undone.”

Time would fail me, said he, to depict all these wrongs. Yet, with all the oppression and odium that is heaped upon us here, I for one would rather stand and endure it all, choosing rather to suffer affliction with my people, than to emigrate to a foreign shore, though I might there enjoy the pleasures of Egypt. And while I live, let my prayer be, that the same soil which cherished my father may cherish me; and when I die, that the same dust may cover me that covered the ashes of my father.

BlackPast, B. (2007, January 24). (1839) Andrew Harris, “Slavery Presses Down Upon the Free People of Color”. BlackPast.org. https://www.blackpast.org/african-american-history/1839-andrew-harris-slavery-presses-down-upon-free-people-color/