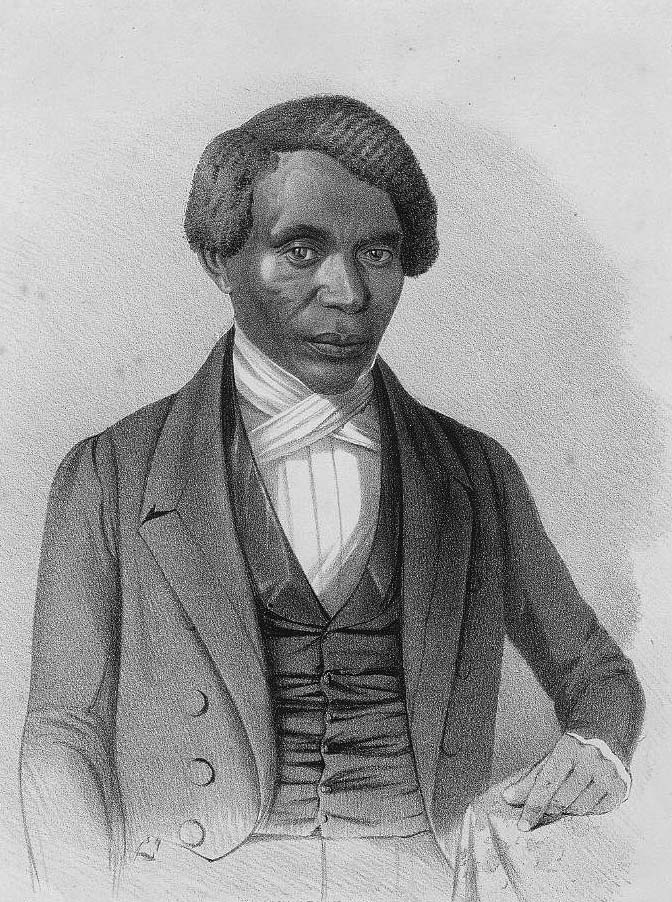 Rev. Theodore S. Wright, (1797-1847) was born to free parents in Providence, Rhode Island. By the 1830s Wright was pastor of the First Presbyterian Church in New York City and a conductor on the Underground Railroad. Wright, a dedicated abolitionist, attended the New York State Anti-Slavery Society convention held in Utica, on September 20, 1837. However he also recognized the growing racial prejudice directed against free blacks in the North. In the speech below Wright supported a resolution introduced into the convention which said anti-black prejudice was “nefarious and wicked and should be practically reprobated and discountenanced.” His speech appears below.

Mr. President, with much feeling do I rise to address the society on this resolution, and I should hardly have been induced to have done it had I not been requested. I confess I am personally interested in this resolution. But were it not for the fact that none can feel the lash but those who have it upon them, that none know where the chain galls but those who wear it, I would not address you.

This is a serious business, sir. The prejudice which exists against the colored man, the free man is like the atmosphere, everywhere felt by him. It is true that in these United States and in this State, there are men, like myself, colored with the skin like my own, who are not subjected to the lash, who are not liable to have their wives and their infants torn from them; from whose hand the Bible is not taken. It is true that we may walk abroad; we may enjoy our domestic comforts, our families; retire to the closet; visit the sanctuary, and may be permitted to urge on our children and our neighbors in well doing. But sir, still we are slaves—every where we feel the chain galling us. It is by that prejudice which the resolution condemns, the spirit of slavery, the law which has been enacted here, by a corrupt public sentiment, through the influence of slavery which treats moral agents different from the rule of God, which treats them irrespective of their morals or intellectual cultivation. This spirit is withering all our hopes, and ofttimes causes the colored parent as he looks upon his child, to wish he had never been born. Often is the heart of the colored mother, as she presses her child to her bosom, filled with sorrow to think that, by reason of this prejudice, it is cut off from all hopes of usefulness in this land. Sir, this prejudice is wicked.

If the nation and church understood this matter, I would not speak a word about that killing influence that destroys the colored man’s reputation. This influence cuts us off from everything; it follows us up from childhood to manhood; it excludes us from all stations of profit, usefulness and honor; takes away from us all motive for pressing forward in enterprises, useful and important to the world and to ourselves.

In the first place, it cuts us off from the advantages of the mechanic arts almost entirely. A colored man can hardly learn a trade, and if he does it is difficult for him to find any one who will employ him to work at that trade, in any part of the State. In most of our large cities there are associations of mechanics who legislate out of their society colored men. And in many cases where our young men have learned trades, they have had to come to low employments for want of encouragement in those trades.

But sir, this prejudice goes further. It debars men from heaven. While sir, slavery cuts off the colored portion of the community from religious privileges, men are made infidels. What, they demand, is your Christianity? How do you regard your brethren? How do you treat them at the Lord’s table? Where is your consistency in talking about the heathen, transversing the ocean to circulate the Bible everywhere, while you frown upon them at the door? These things meet us and weigh down our spirits.

And, sir, the constitution of society, molded by this prejudice, destroys souls. I have known extensively, that in revivals which have been blessed and enjoyed in this part of the country, the colored population were overlooked. I recollect an instance. The Lord God was pouring out His Spirit. He was entering every house, and sinners were converted. I asked, Where is the colored man? who is weeping for them? who is endeavoring to pull them out of the fire? No reply was made.—I was asked to go round with one of the elders and visit them. We went and they humbled themselves. The Church commenced efficient efforts, and God blessed them as soon as they began to act for these people as though they had souls.

And sir, the manner in which our churches are regulated destroys souls. Whilst the church is thrown open to everybody, and one says come, come in and share the blessings of the sanctuary, this is the gate of heaven–he says to the colored man, be careful where you take your stand. I know an efficient church in this State, where a respectable colored man went to the house of God, and was going to take a seat in the gallery, and one of the officers contended with him, and said, “you cannot go there, sir.”

In one place the people had come together to the house of the Lord. The sermon was preached-—the emblems were about to be administered—and all at once the person who managed the church thought the value of the pews would be diminished if the colored people sat in them. They objected to their sitting there, and the colored people left and went into the gallery, and that, too, when they were thinking of handling the memorials of the broken body and shed blood of the Savior! And, sir, this prejudice follows the colored man everywhere, and depresses his spirits.

Thanks be to God, there is a buoyant principle which elevates the poor down-trodden colored man above all this:—It is that there is society which regards man according to his worth; it is the fact, that when he looks up to Heaven he knows that God treats him like a moral agent, irrespective of caste or the circumstances in which he may be placed. Amid the embarrassments which he has to meet, and the scorn and contempt that is heaped upon him, he is cheered by the hope that he will be disenthralled, and soon, like a bird set forth from its cage, wing his flight to Jesus, where he can be happy, and look down with pity on the man who despises the poor slave for being what God made him, and who despises him because he is identified with the poor slave. Blessed be God for the principles of the Gospel. Were it not for these, and for the fact that a better day is dawning, I would not wish to live.—Blessed be God for the antislavery movement. Blessed be God there is a war waging with slavery, that the granite rock is about to be rolled from its base. But as long as the colored man is to be looked upon as an inferior caste, so long will they disregard his cries, his groans, his shrieks.

I rejoice, sir, in this Society; and I deem the day when I joined this Society as one of the proudest days of my life. And I know I can die better, in more peace to-day, to know there are men who will plead the cause of my children.

Let me, through you, sir, request this delegation to take hold of this subject. This will silence the slave holder, when he says where is your love for the slave? Where is your love for the colored man who is crushed at your feet? Talking to us about emancipating our slaves when you are enslaving them by your feelings, and doing more violence to them by your prejudice, than we are to our slaves by our treatment. They call on us to evince our love for the slave, by treating man as man, the colored man as a man, according to his worth.