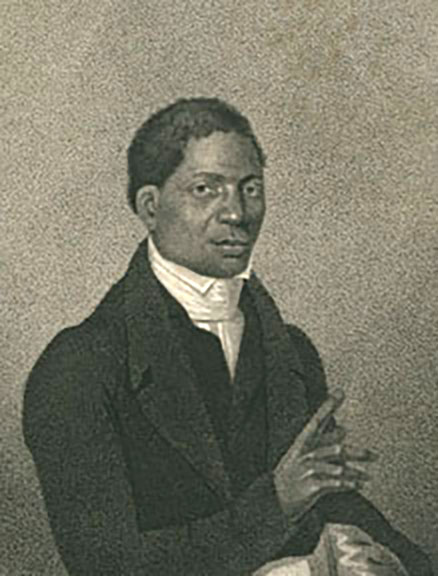 In October of 1811, before the dedication of the first house of worship for African American Presbyterians in Philadelphia, Pennsylvania, Reverend John Gloucester, founder and Pastor, had the following address circulated throughout the surrounding neighborhood and all friendly to his cause. The cost of 200 flyers in 1811 would equal to a little over $4,500 in today’s money. Euell Nielsen of Philadelphia graciously provided this speech to BlackPast.org.

Glad tidings of great joy to the African Race, and particularly to the infant church, in which the hand of God has been so visible in collecting so many of us from the dark mountains of ignorance, sin and woe, to the bosom of the visible Church. The ground of our joy being somewhat similar to that ancient branch of God’s Church who had been so long enslaved under the Babylonish yoke, but having accomplished the years of their suffering bondage, they were permitted to return to the land of Canaan and rebuild their temple. After they had begun this building they met with great discouragement which stopped the work of the Lord’s house for eight years, after which time Ezra and the friends of Zion began and finished the temple, but terminated in the grief and confusion of their opposes. In like manner many of us have accomplished the years of our captivity, and returned to the land of blessed light and liberty.

In the year 1810, a building was begun for the poor and afflicted sons and daughters of Ham, in Moaymensing district at the corner of Seventh and Shippen Streets, which was patronized by many of the worthy inhabitants of this city; we had the honor at the commencement of the building to have the following gentlemen go before us as the chief agents and planners of the work: Messrs. Ralston, F. Markoe, Captain Moore and John McMullin. By the pious exertions and influence of these gentlemen, united with many of the well-disposed and benevolent inhabitants of this place, this house of worship was raised and in an unfinished state for two reasons; first, many of those who were free from temporal bondage were still willing to be slaves to sin and Satan, the worst of the masters, however faithfully served, and the wages eternal death. Secondly, the number of those that of Christian liberty, were but few that attached themselves to this place of worship, and for them there was sufficient room, but since that time the Lord has increased us in numbers, and I hope somewhat in heavenly wisdom, so that many of those in years past who have undervalued the blessings of Gospel privileges have now learned how to appreciate them. As more room was wanting to accommodate those, which could be had by the putting up the galleries in the church, this we took as a call from God to finish His house, which we attempted, some of us I hope like the builders in Ezra’s day not by might or power, but by the spirit of God, hoping he will raise up the last stone of the temporal building as he did for them, for King Darius was made a nursing father to the church in his day, being overrated by the superintendent providence of God. He had the house of the rolls searched (wherein the treasure was laid up in Babylon), and there he found the decree of Cyrus, which he made in the first year of his reign, respecting the building of the house of the Lord, that it should be paid out of the King’s treasury; this decrees was enforced by King Darius and the house was finished accordingly. In doing this, he fulfilled the prophecy and vision of Daniel respecting the Jewish Church. (Daniel 9) Now, let the friends of Jesus look into the records of his decrees and see what he has said respecting the accomplishment of the Gospel church, and they will see his promises fulfilling in this day particularly as it respects to Ethiopia, for she is now stretching out her hands to God or heart, through the means of Grace which she is now enjoying, and many of her sable sons and daughters are hopefully gathered in the bosom of the visible church, and as we are among that number glory is due to God from us, and humble thanks to that public spirit of benevolence which we have witnessed in this place.

Having finished our building, we have set apart next Friday the 31st as a day of Thanksgiving to God for the innumerable blessings conferred upon us. The mode of spending this day will be in our private families in the morning, and at 3 o’clock in the afternoon we shall repair to the new finished building to present our public thank offering to God, at which time there will be a sermon preached by Rev. D.D. of Princeton, whose name I am not at liberty to mention, after which there will be a collection taken up to assist in defraying the expenses of this building, and we hope that those who gave us birth as a visible church will help this poor branch of God’s vineyard in putting up the cap stone of this building, which is too high for our circumstances. Believing there is enough in the King’s treasury, we throw ourselves at the feet of those whom he has entrusted it, in hopes of receiving aid to finish a house which will stand as an eternal monument to the glory of God, the honor of the Christian religion in this place, and finally, we trust, will prove a blessings to many souls.