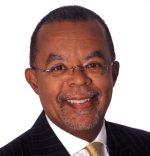 Henry Louis Gates, Jr. is the Alphonse Fletcher University Professor and Director of the W.E.B. Du Bois Institute for African and African American Research at Harvard University. He is most recently the author of Finding Oprah’s Roots, Finding Your Own (Crown, 2007) and the host and executive producer of the critically acclaimed 2006 PBS series “African American Lives” and its follow-up, “Oprah’s Roots.”

Professor Gates is the author of several books, including The Signifying Monkey: A Theory of Afro-American Literary Criticism (Oxford, 1988), winner of the 1989 American Book Award, and Colored People: A Memoir (Knopf, 1994). Professor Gates authenticated and published two landmark African American texts: Our Nig, or, Sketches from the Life of a Free Black (1859), by Harriet Wilson, the first novel published by an African American woman; and The Bondwoman’s Narrative by Hannah Crafts, one of the first novels written by an African American woman. In 2006, he and Hollis Robbins co-edited The Annotated Uncle Tom’s Cabin, edited with Hollis Robbins (W. W. Norton, 2006).

An influential cultural critic, Professor Gates has written for Time magazine, The New Yorker, and The New York Times. He is the editor of several anthologies, including The Norton Anthology of African American Literature (W.W. Norton, 1996). Professor Gates also produced and hosted two previous series for PBS, 1999’s “Wonders of the African World” and 2004’s “America Beyond the Color Line.”