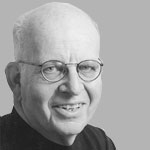 Ira Berlin has written extensively on American history and the larger Atlantic world in the eighteenth and nineteenth centuries, particularly the history of slavery. His first book, Slaves Without Masters: The Free Negro in the Antebellum South (1975) won the Best First Book Prize awarded by the National Historical Society. Berlin is the founding editor of the Freedmen and Southern Society Project, which he directed until 1991. The project's multi-volume Freedom: A Documentary history of Emancipation (1982, 1985, 1990, 1993) has twice been awarded the Thomas Jefferson Prize of the Society for History in the Federal Government, as well as the J. Franklin Jameson Prize of the American Historical Association for outstanding editorial achievement, and the Abraham Lincoln Prize for excellence in Civil-War studies by the Lincoln and Soldiers Institute of Gettysburg College. In 1999, his study of African-American life between 1619 and 1819, entitled Many Thousands Gone: The First Two Centuries of Slavery in Mainland North America was awarded the Bancroft Prize for the best book in American history by Columbia University; Frederick Douglass Prize by the Gilder-Lehrman Institute; Owsley Prize by the Southern Historical Association, and the Rudwick Prize by the Organization of American Historians. In 2002, Generations of Captivity: A History of Slaves in the United States was awarded the Albert Beveridge Prize by the American Historical Association and the Ansfield Wolf Award.


Berlin has been awarded grants by the National Endowment for the Humanities, the Ford Foundation, the Rockefeller Foundation, the Arco Foundation, the National Historical Publication and Records Commission, and the University of Maryland. He was Bi-Centennial Professor (Fulbright) at Centre de Recherche sur l'Histoire des Etats-Unis, Universite Paris VII (Institut D'Anglais Charles V), Cardozo Professor of History at Yale University, and Mellon Distinguished Professor at the University of Illinois. In 2002, same year, he was inaugurated as president of the Organization of American Historians and in 2004 he was elected a member of the American Academy of Arts and Sciences.